Maria Sharapova will have another opportunity to take down Serena Williams when they face off in the Australian Open quarterfinals. Novak Djokovic and Roger Federer advance to the quarterfinals on the men's side. 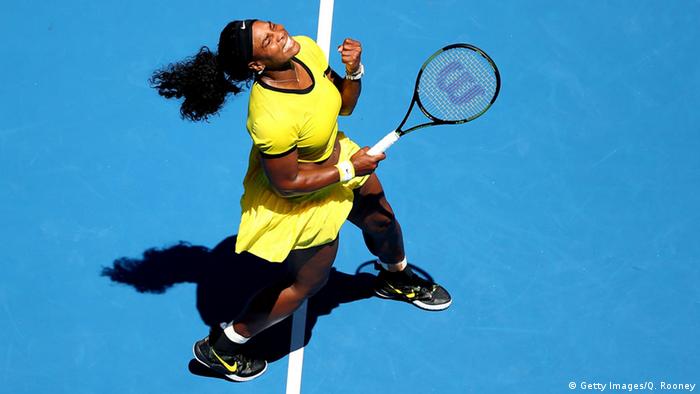 After dispatching their fourth round opponents in straight set, Serena Williams and Maria Sharapova will face off in the quarterfinals of the Australian Open.

The match will be the 21st time these two tennis superstars have met in singles competition. Sharapova has only beaten Williams twice, the last victory coming in the Tour Championships in 2004.

Agnieszka Radwanska advanced to the second quarterfinal in the women's bracket after defeating Anna-Lena Friedsam 6-7(6), 6-1, 7-5. She will take on Carla Suárez Navarro, who recovered from a rough first set to defeat Daria Gavrilova 0-6, 6-3, 6-2.

Djokovic, Federer advance to the quarterfinals

Novak Djokovic is well on course to retain his Australian Open title. The defending champion labored to a five-set victory over Gilles Simon of France, ultimately defeating the Frenchman 6-3, 6-7(1), 6-4, 4-6, 6-3. Djokovic has now advanced to the Australian Open quarterfinals for the ninth consecutive year.

Roger Federer's victory against David Goffin came a little easier. Federer defeated Goffin in 6-2, 6-1, 6-4, the third time the Swiss star has defeated an opponent in straights sets during this Australian Open.

Djokovic and Federer, who have split their 44 appearances against each other 22-and-22, could potentially face off in the semifinals. Djokovic will first have to eliminate Kei Nishikori, while Federer will have to eliminate Tomas Berdych. Andy Murray and Stan Wawrinka will try to join their comrades in the quarterfinals tomorrow, Murray facing Bernard Tomic and Wawrinka facing Milos Raonic.

Roger Federer has become the first man to win 300 Grand Slam singles matches as he advanced to the fourth round in Melbourne. Novak Djokovic and Serena Williams also moved on as they seek to defend their titles. (22.01.2016)

After two big upsets yesterday, the top seeds from both genders coasted to the third round of the Australian Open. Andy Murray, Stan Wawrinka, and Gabrine Muguruza will try to keep up in their matches Thursday. (20.01.2016)

Italy's Flavia Pennetta became the oldest woman to win a Grand Slam singles title for the first time when she won the US Open. She announced her retirement as she accepted the trophy. (13.09.2015)