Small galaxies are more fertile, apparently. New images from the Hubble Space Telescope have surprised astronomers by revealing a much faster rate of star births in far-distant dwarf galaxies than expected. 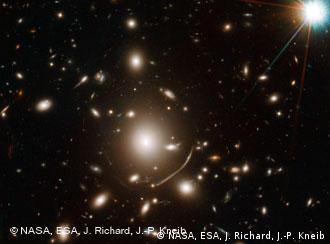 The stars were born in galaxies far, far away

The Hubble Space Telescope, despite being in the last phase of its tenure in orbit, continues to offer new glimpses into the universe. Now the venerable telescope has peered deep into space and 10 billion years into the past and delivered new images of 18 dwarf galaxies that are, to the excitement of scientists, creating stars at an extremely rapid rate.

"The galaxies are churning out stars at such a rate that the number of stars in them would double in just 10 million years," said a statement released Thursday by the European Space Agency.

"Good grief. That's incredible if that's correct," responded Omar Almaini, astronomer at the University of Nottinghamin the UK. "To form stars so rapidly you must have an enormous amount of gas condensing in the cores of these galaxies." By comparison, our galaxy, the much older and larger Milky Way, has taken a thousand times longer to double its star count. 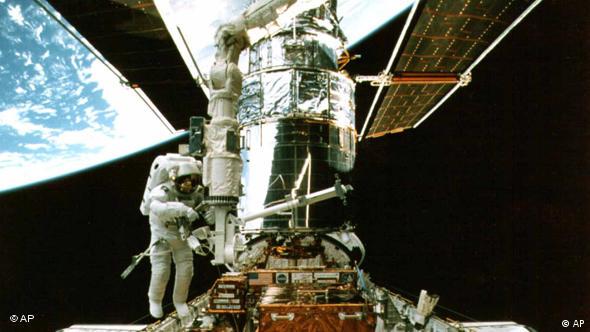 Holding CANDELS to the sky

The observations were part of the Cosmic Assembly Near-infrared Deep Extragalactic Legacy Survey (CANDELS), an ambitious three-year project that studies the most distant galaxies in the universe. CANDELS is using Hubble to image a much larger region of space than was observed before, and is going extremely deep into the infrared end of the light spectrum to pick up the faintest specks of light.

The new discovery came when CANDELS found a population of small "dwarf" galaxies that were unusually bright in one particular wavelength. As the ESA puts it, "They have turned up in the Hubble images because the radiation from young, hot stars has caused the oxygen in the gas surrounding them to light up like a fluorescent sign."

Galaxies with rapidly forming stars characteristically feature huge quantities of oxygen, an element astronomers were not expecting to find.

"Many current models suggest these dwarf galaxies form stars more slowly, over billions of years, to gradually build up to what we see today," Almaini told Deutsche Welle. "The implications of these observations is that actually no, the galaxies form the bulk of their stars extremely rapidly in a burst of star formation. This turns our picture on its head a little bit." 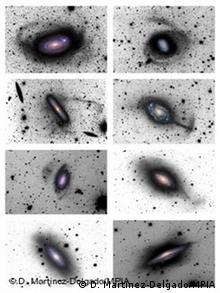 Dwarf galaxies are much smaller than our Milky Way

Astronomers are able to make detailed analyses of dwarf galaxies because there are other, much closer, examples orbiting the Milky Way, which can be used for comparison.

Arjen van der Wel of the Max Planck Institute for Astronomy in Heidelberg, Germany, was part of the team that made the discovery. "It's interesting to see these galaxies doing what they're doing 10 billion years ago, because they're definitely not doing that today," he said, speaking with Deutsche Welle.

On top of that, there was the significant fact that so many dwarf galaxies were discovered apparently behaving the same way at the same time. "This population is so large that this must be a very common process," said van der Wel. "So all of a sudden we find out that these strong bursts of star-births are probably an important phase in the development of dwarf galaxies."

It's not yet clear exactly how old these dwarf galaxies are, though they must be significantly younger than the Milky Way. Similarly, astronomers cannot be sure how many generations of stars have appeared previously in those galaxies, since the new wave of star births is outshining any older siblings they have.

"There could be a similar number of older stars that we just cannot see," said van der Wel. "All we see are the new stars. There must be a previous generation of stars, because there is oxygen in these galaxies that must have been produced by them." 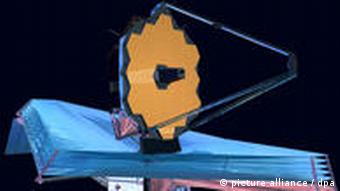 The James Webb Space Telescope is set to replace Hubble, but only after a significant delay

The big mystery is why this population of young galaxies was creating stars at such a high rate. Alas, the Hubble may not be around to unravel that one. The aging telescope has now been in orbit around the Earth since 1990, and received one last upgrade - which included the Wide Field Camera 3 used by CANDELS - in 2009.

"We're hoping that Hubble will last until 2013 or 2014," said van der Wel. After that, there will be a gap when astronomers will have to do without a space telescope until the long-delayed launch of the James Webb Space Telescope - co-funded by NASA, ESA and the Canadian Space Agency - at the end of the decade.

Astronomers are hoping that JWST will help them see even further back in time, to pristine galaxies going through their very first wave of star births.

ESA's Hershel Space Observatory has helped scientists identify a massive water source around a nearby star - a find that could shed light on how our oceans were formed. (24.10.2011)

An infrared telescope run by the European Southern Observatory has found 96 star clusters that were previously hidden behind dust and gas. The find gives scientists new information on the early stages of star formation. (05.08.2011)

Astronomers locate a rare galaxy cluster that formed only 3 billion years after Big Bang. The discovery could change current theories about the ways galaxies and galaxy clusters form. (09.03.2011)