The launch of a China-dominated Asian infrastructure bank has received the backing of 21 nations in the region. But it has also drawn criticism from the West, where it's seen as a threat to the World Bank and others. 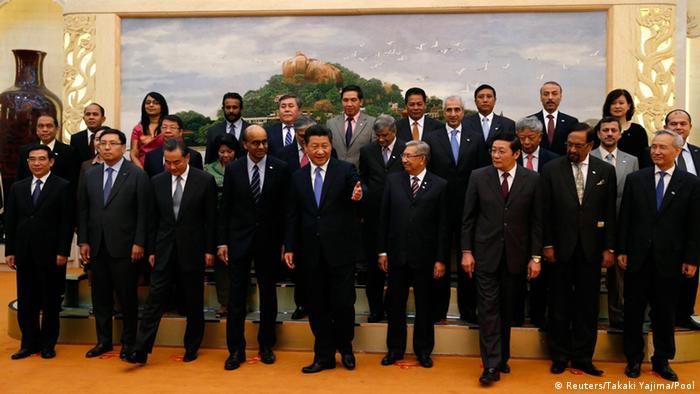 A China-driven initiative to create a new bank for Asia was signed by 21 nations on Friday, including India, Malaysia, Thailand, Kuwait and Uzbekistan. Participating nations hope to profit from the lender's future support for large infrastructure and investment projects in the region.

The Asian Infrastructure Investment Bank (AIIB) was launched during a ceremony in Beijing, not least in response to China's frustration with US, Japanese and European dominance of the World Bank and the International Monetary Fund.

Addressing Friday's ceremony, Chinese Finance Minister Lou Jiwei confirmed his country would be the largest shareholder with a stake of up to 50 percent in the bank that boasts a capital of $50 billion (40 billion euros).

A lot of mistrust

The AIIB aims to fund the construction of roads, railways, power plants and telecommunications networks in Asia.

Critics fear the bank would have lax lending standards that could undermine efforts by the World Bank and the IMF to promote good governance, fair labor practices and a clean environment.

Chinese President Xi Jinping brushed aside any criticism, saying the AIIB "would follow multilateral rules and procedures." The lender is to start operating in 2015.