Asia, EU Call for Quick, Firm Response to Financial Crisis | Europe | News and current affairs from around the continent | DW | 25.10.2008

Asian and European Union leaders on Saturday called for the international community to act quickly and decisively at a conference on responses to the global financial crisis next month in Washington. 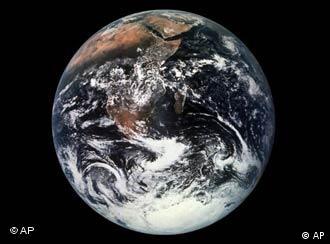 "We have all understood that it would not be possible simply to meet and have a conversation," French President Nicolas Sarkozy said of the planned summit on the crisis on November 15.

"We need to discuss these problems and we need to come up with solutions," he told reporters at the close of the seventh biannual Asia-Europe Meeting (ASEM).

Sarkozy said he expected Asian nations such as China, India, Japan, Indonesia and South Korea to play a "very important role" at the Washington summit.

At a joint press conference, Chinese Premier Wen Jiabao said the international community needed to clarify the responsibilities of governments, companies and regulators for financial markets.

"We need, as fast as possible, to stabilize the financial order so as to contain and fend off the risks," Wen said. All nations, "especially the developing ones, need to take decisive measures to stabilize their financial markets."

They must develop "confidence, cooperation and responsibility" to overcome the financial crisis, Wen said.

"We need to work with concerted efforts to help each other to tide over the difficulties," he said.

In a joint statement, the 16 Asian and 27 EU leaders said they recognized that "although structural reforms and sound macroeconomic policies have increased the resilience of both Europe and Asia against the global financial turmoil, the global economic slowdown and persistently high commodity prices, both regions are increasingly being affected by the worsening global environment.

"They agreed that long-term stability of the global and regional financial markets is key to sustainable economic growth of both regions," the statement said. "They welcomed the consensus on the necessity of strong and coherent policy responses to recent economic difficulties and mutual cooperation among ASEM partners in the areas of economic integration, infrastructure finance and microfinance."

They urged the international community to "continue to strengthen coordination and cooperation and take effective and available economic and financial measures in a comprehensive way to restore market confidence, stabilize global financial markets and promote global economic growth."

"This is the only way for us to prevent this crisis from happening again," she said.

The chancellor also said that a stronger role for the International Monetary Fund (IMF) should be part of the reform.

The heads of more than 40 European and Asian countries have pledged to swiftly reform the global financial system in an effort to head off the financial crisis currently enveloping most of the world’s major economies. (24.10.2008)

Leaders of Asian and European nations plan to issue a joint statement on Saturday committing them to comprehensive reform of global financial systems, according to a draft seen on Friday. (24.10.2008)