The parents of a young British boy suffering from a serious brain tumor have been allowed to visit their son in a Spanish hospital. Their sudden flight from Britain with their child in tow sparked a European manhunt. 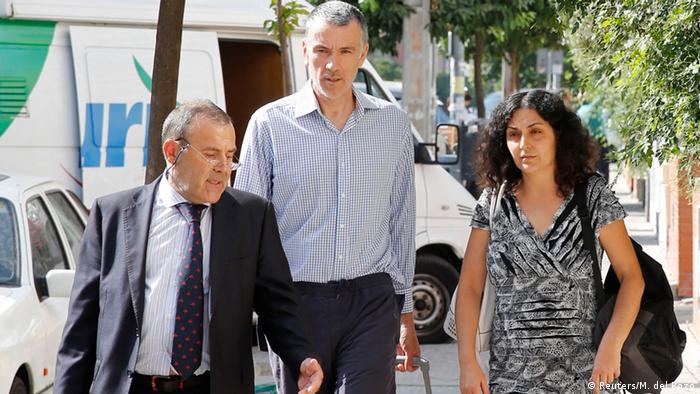 Brett and Neghemeh King, parents of five-year-old Ashya King, were given the opportunity to see their son for the first time in four days on Wednesday. Ashya, who suffers from a brain tumor, is at a hospital in Malaga.

Last week, the Kings took their son out of a British hospital where he was being treated for the tumor. This was without the consent of his doctors, and British authorities issued an international arrest warrant when they realized the parents had left England.

Brett and Neghemeh King were taken into custody Saturday, but the charges against them in the UK have since been dropped. They are now free, but will not yet be allowed to take Ashya out of the hospital pending the resolution of custody questions in the UK, a hospital spokesperson told reporters on the condition of anonymity.

Ashya's parents feared the boy was not getting the best treatment he could in England, and had planned on selling a property they owned in Spain to finance another form of treatment.

Brett King said "[the doctors] were going to kill him in England or turn him into a vegetable," adding "we just want to help our son get through this bad time because he hasn't got too many months to live."

The response of British authorities has been criticized as too harsh, and there had been a public outcry to allow Ashya to be reunited with his parents.

Arrest warrant dropped against British parents of boy with tumor

British prosecutors have said they are withdrawing an arrest warrant against a UK couple who took their son out of the country in hopes of getting a new radiation therapy to treat his brain tumor. (02.09.2014)