Theater director Claus Peymann has been at the head of major German theaters since 1974 and director of the Berliner Ensemble since 1999. He turns 80 just a few weeks before leaving Bertolt Brecht's famous institution.

It will not be a farewell of his own choice when Claus Peymann leaves the Berliner Ensemble at the end of the season - after 18 years of regency and 190 theater productions. Berlin politicians pushed for his abdication. "I feel like a theater monarch without an empire," said the theater director, who turned 80 on June 7. "The Berliner Ensemble is my body, my imagination, my mind. I will not go without feeling pain and despair," he said.

His life and career have been composed of a series of dramatic stations, marked by major rifts, scandals and the determined insistence that theater should be a forum for the humanistic critique of society.

The first station was his native city of Bremen. Then came student theater in Hamburg, the Theater am Turm in Frankfurt, then Stuttgart, Bochum, Vienna and finally, Berlin.

Peymann has always been well known for his outspoken radical democratic views. He has been both naïve as well as despotic in implementing his standards of theater, which he views as a moral institution. 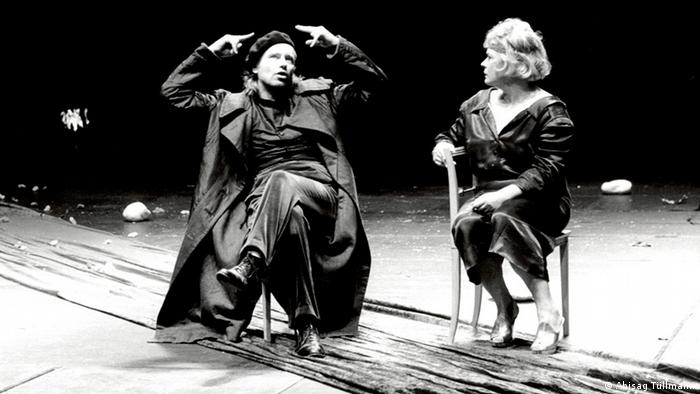 Like none other, he discovered and carefully promoted modern writers such as Peter Handke, Thomas Bernhard, Herbert Achternbusch, Botho Strauss, Elfriede Jelinek and George Tabori. He was or still is friends with most of them.

He has also maintained a loyal relationship with the leading stage designers of his generation, including Karl-Ernst Herrmann and Achim Freyer. "Theater people are my family," Peymann once said. His liaison with theater is one of life or death.

And acts of resistance are his specialty. "My victories have often resulted from the fears and cold feet other theater makers have had," he noted.

His first milestone: the staging of Peter Handke's "Publikumsbeschimpfung" ("Offending the Audience") at the Theater am Turm in Frankfurt in 1966. It was one of 46 theater premieres by Peymann, who has also staged works by Shakespeare, Goethe, Schiller, Lessing, and Büchner. Resistance, intellectual freedom, revolt - all are Peymann's trademarks.

Heinrich von Kleist's "Prinz Friedrich von Homburg" ("The Prince of Homburg") is the last work Peymann is staging at the Berliner Ensemble.

The theater director set standards for von Kleist productions as early as 1975 at the Staatstheater Stuttgart with "Das Käthchen von Heilbronn."

In 1982, he stirred a sensation with "Die Hermannsschlacht," as most people considered the work by von Kleist as impossible to stage. Peymann did it with finesse, with two of his favorite actors: Gert Voss and Kirsten Dene. 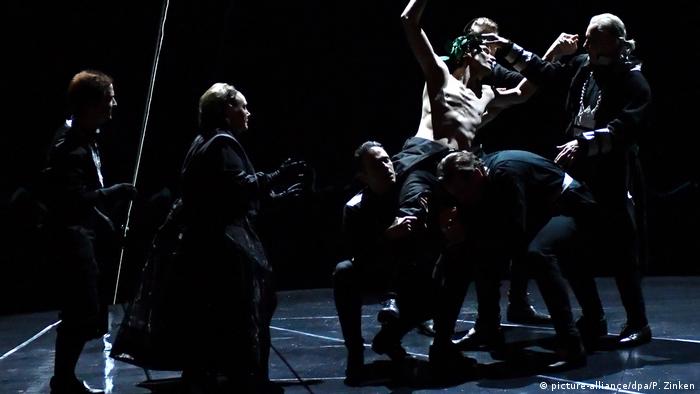 "The Prince of Homburg" played by the Berliner Ensemble

"Art is always resistance, contradiction… and the moment in which that no longer occurs, art runs dry," he said. He stuck to that motto as the director of Stuttgart's Staatstheater, even when he ran into conflicts between 1974 and 1979 with city politicians.

Uproar came when he supported a campaign to raise money for dental replacements for imprisoned RAF terrorist Gudrun Ensslin. For him, his support was an act of mercy.

He also set new standards at the Schauspielhaus Bochum between 1979 and 1986, primarily with works by Thomas Bernhard, such as "Der Weltverbesserer" (The Do-Gooder). He continued to stage works by Bernhard at Burgtheater Wien, which he managed between 1986 and 1999 against much resistance. Bernhard's "Heldenplatz" is considered the climax of Peymann's career - the work that addresses Austria's anti-Semitism prompting both applause and boos alike. 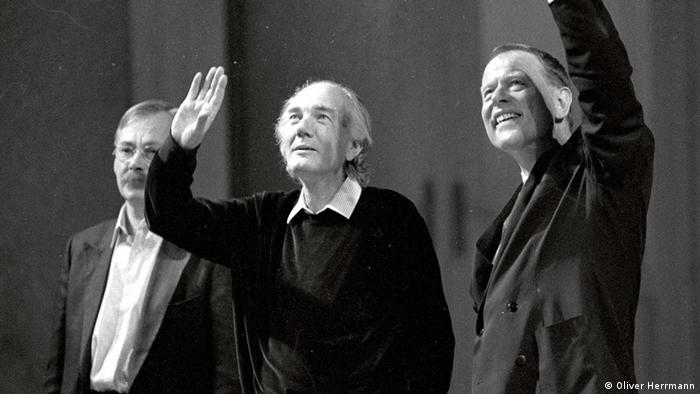 Not one to shy away from conflict: Claus Peymann (right) chose to stage Thomas Bernhard's (middle) critique of Austrian anti-Semitism

When he took over the Berliner Ensemble in 1999, he wanted to "become the fang in the government district," he said. Yet the theater revolutionary increasingly could not and would not keep up with the times, garnering his Berliner Ensemble the label of being a "theater museum."

Still, Peymann has grabbed attention with various pieces, including international praise when he staged Bertolt Brecht's "Mutter Courage und ihre Kinder" in 2005. He brought American theater magician Robert Wilson to the stage in the German capital, and has staged works by German theater great George Tabori.

It's been a recipe for success, with the Berliner Ensemble being booked around 90 percent of the time. He's also had the numbers counted during his reign: 3,703,647 visitors and 40,879 minutes of applause. Those are laurels that are sure to keep him going in his new career as a freelance theater director.

Berlin Volksbühne's new theater director starts off his first season with a dance performance and Samuel Beckett. Chris Dercon told DW how he wants to experiment on stage and how he's working hard to be accepted. (17.05.2017)