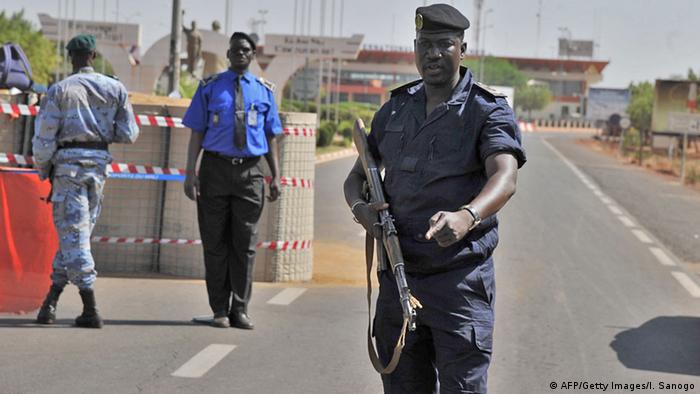 Malian police have arrested three men suspected of aiding militants behind this month's deadly attack that killed a French citizen, a Belgian and three Malians at a popular nightspot in Bamako.

Mali's security services said the arrests targeted individuals believed to have assisted two militants who carried out the attack on March 7 before being killed in a shootout with police.

"Two major links in the organization of the deadly attack on the restaurant-bar La Terrasse were arrested on Wednesday and during the night by the special forces of Mali's intelligence agency," State Security (SE), a government source told AFP.

The Islamist al-Mourabitoun claimed responsibility for the attack – the first of its kind in years – saying it was in retribution for French cartoons depicting the Prophet Mohammed "whom the miscreant West insulted and mocked,” the group said in a statement.

Eight other people – including two Swiss nationals – were also wounded in the attack carried out with grenades and assault rifles.

The latest arrests came less than a week after police fatally shot a man suspected of playing a role in the attack on the La Terrasse bar.

A weapons cache believed to be linked to the attack was also seized.

Investigators are being assisted by foreign powers including France – Mali's former colonial ruler – as well as Belgium and the UN mission in the country.

Radical jihadists continue to hide in the country's remote northern desert despite a French-led military intervention in 2013.

Meanwhile, the future of UN-brokered peace talks between Mali's authorities and Tuareg rebels was in doubt after the central government said Wednesday it would not reopen negotiations over political autonomy in the north.

"There is no question for us to resume negotiations again, otherwise it will never end," government spokesman Choguel Kokala Maiga said.