Argentina's Vice President Amado Boudou is facing corruption charges. If found guilty, he could be imprisoned and banned from holding public office. 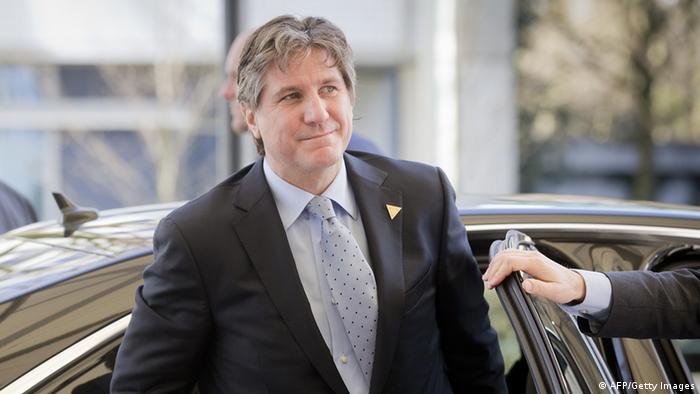 An Argentine judge has charged Boudou of corrupt dealings with a company that printed the country's currency while he was economy minister in 2010.

Boudou, 51, stands accused of secretly buying the company, Ciccone Calcografica, using shell companies and middlemen to gain control. The alleged dealings would have given him and his helpers unusual tax exemptions and luctrative government contracts.

Ciccone Calcografica was given contracts to print the Argentine peso and campaign material for the electoral ticket Boudou shared with President Cristina Fernandez.

Boudou will remain free while awaiting trial in the case, along with five other defendants, according to a statement from Argentina's federal court system. He has carried out few public functions since the investigation came to a head in recent months.

He denies all charges, despite the fact that ample evidence of his links to the other defendants has been made public by Argentine newspapers. If found guilty, he could be sentenced to between one and six years in prison and be banned from holding public office.

Boudou continues to enjoy the support of Fernandez, even though he is now Argentina's least popular politician and has faced numerous calls to resign even from allies. Fernandez has yet to speak publicly about the case.

It is the first time a sitting vice president has faced such charges since Argentina emerged from military dictatorship in 1983. The scandal leaves the government without a clear presidential successor ahead of 2015 elections.

The accusation also comes as Argentina is embroiled in a court battle against creditors who still demand full repayment of bonds left over from the country's massive sovereign debt default in 2002.