Argentines will be able to more easily purchase dollars beginning next week, according to the Argentine government. The move followed the peso's sharpest decline on the markets in over a decade. 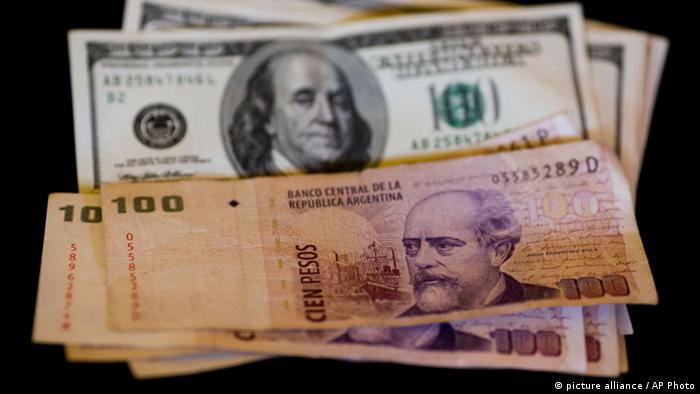 Argentine President Cristina Kirchner's cabinet announced on Friday that it would ease regulations on purchasing foreign currencies, thus allowing Argentines beginning next week to trade in pesos against dollars.

The cabinet reached the decision after determining that the strict regulations - originally aimed at bolstering the peso - had served their purpose, according to cabinet chief Jorge Capitanich.

The Argentine currency "has reached an acceptable level," Capitanich said on Friday.

However, experts argued that the effective devaluation had been announced in an effort to restore investor confidence and Argentina's competitiveness on global markets, as well as to narrow the gap between the country's official and black market exchange rates.

The peso fell about 16 percent down to about 8 to 1 against the dollar on Thursday. Inflation rates have reached nearly 30 percent in the South American country and foreign reserves have fallen to their lowest levels in seven years.

"It's just the realization that they can't continue to grow as an economy the same way they did before," J.P. Morgan Funds global market strategist Andres Garcia-Amaya told news agency Reuters.

"It's a combination of less liquidity for these countries that depended on foreign money, and China kind of throwing some curveballs as well," Garcia-Amaya added.

Financial instability has plagued Argentina since its 2001-2002 financial crisis which dealt a heavy blow to the savings of the country's middle class.