Men desperate to know whether their child is really theirs can now do so without having to seek secret help from private DNA testing laboratories, thanks to a new law passed by the German parliament. 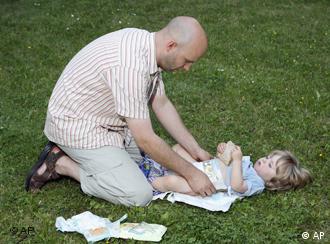 Did I father this child? -- a question that undermines family stability

Men who doubt they are the biological father of their child no longer need rely on secret DNA tests to allay their fears. The Bundestag passed a law Friday, Feb. 22, giving men a legal framework to establish paternity.

The law approved by the German parliament allows a man to request a paternity test against the will of his alleged child's mother and without needing to resort to a legal challenge, which would automatically sever his legal ties to a child whom -- in many cases -- he has spent years raising. 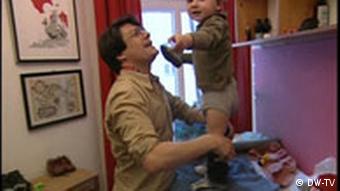 The implications of a legal challenge are no longer as dramatic

Until now, men convinced they were not in fact the biological father of children they were raising were left with few options other than secret DNA tests.

According to German Justice Minister Brigitte Zypries, some 20,000 secret tests are taken every year. But ultimately, they carry no legal weight, because the results are not recognized by courts, and the family is left burdened by knowledge it can do little about.

Zypries has described the new law as an attempt to stop this secret testing, by conceding fathers the same right to establish paternity as other family members.

"This is a good day for all those men who have in the past struggled to escape the burden of financial responsibility," said the Christian Democratic faction's legal expert Juergen Gehb.

Peter Schaar, the Federal Commissioner for Data Protection hailed the law as a "sensible balance serving the interests of the child, mother and father." 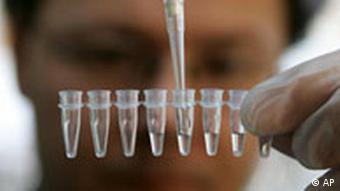 Secret DNA testing has been a boom business

Criticism of the new law came from the opposition Green and Left parties, however, who argued that it failed adequately to protect the interests of the child.

But supporters say the new law makes the child's interests a top priority. A court may rule against a paternity test if it decides that a child is emotionally or psychologically unable to withstand the potential effect.

Although there are no official figures, experts estimate that up to 10 percent of children are raised by men who are not their biological fathers.

Germany's highest court ruled that the results of paternity tests conducted secretly may not be used evidence in court. The court, however, called on legislators to draw up legal framework simplifying paternity tests. (13.02.2007)

Even as Germany's highest court examines the issues of secret paternity tests, the country's Justice Minister Brigitte Zypries has called them unconstitutional and said they should be banned. (21.11.2006)

What's the best way to get back at your country when you think that you've been treated unfairly? "Father" hundreds of children is the answer one German man came up with. (06.05.2006)

What do you think of the Bundestag's new Law? Is it time fathers had more rights in Germany? Send us an e-mail, including your name and country of residence.