Activists protesting against austerity, mass surveillance and oppression have taken to the steets in some 481 cities worldwide. The Million Mask March was organized by the activist group Anonymous. 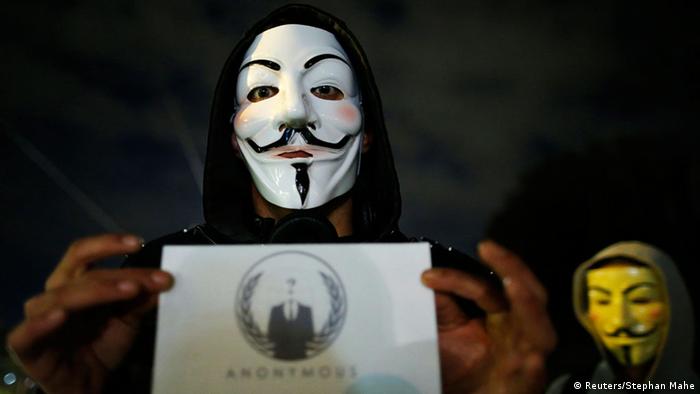 Protesters from around the world united on Wednesday night in the Million Mask March against austerity, mass surveillance and oppression. The worldwide demonstration took place for the third consecutive year in some 481 towns and cities around the globe.

Obscuring their faces with masks, made famous by the 2005 film "V for Vendetta," protesters gathered in countries as far apart as the UK, China, Germany, Australia, Sweden and the US, to name but a few.

The global demonstration was organized by Anonymous, which describes itself as "a truth movement advocating hacktivism as self-defense for unconstitutional government."

"It is our aim to shed light on corrupt government in order to set people free from oppression," the group said on their website.

In Sydney, Australia, protesters took to the streets bearing placards with slogans such as: "The corrupt fear us. The honest support us. The heroic join us."

Some of the biggest protests were seen in London, England with protesters brandishing signs saying, "There's one solution: Revolution." Demonstrators there first gathered in Trafalgar Square where they set off fire works before moving on to Parliament Square.

There were also reports of clashes after some protesters began using metal barriers as weapons against police. Thousands were later reported to have gathered in front of Buckingham Palace - the London residence of Queen Elizabeth II.


The mass protest was purposely organized by the group to coincide with Guy Fawkes Day or Bonfire Night, which is celebrated annually in the UK on November 5.

The event commemorates the night that Catholic would-be terrorist Guy Fawkes was arrested in 1605, after attempting to assasinate King James I, by blowing up the Houses of Lords in London. The famous Gunpowder Plot was foiled and has been commemorated by Britons ever since, traditionally with fireworks, a bonfire, and the burning of an effigy, usually representing Fawkes or a public hate figure.