Pakistan has unveiled locally built drone aircraft capable of surveillance. The United States claims its drone strikes in the country are aimed at taking out high-profile al Qaeda and Taliban targets. 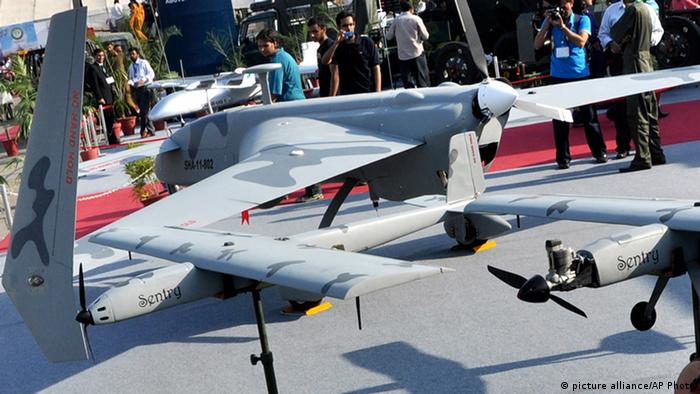 On Monday, Pakistan announced that it had deployed its first domestically developed drones. In a statement, the military did not make clear whether it had dispatched the unmanned aerial vehicles (UAVs) armed or unarmed.

"Pakistan today inducted the first fleet of indigenously developed strategic UAVs named Burraq and Shahpar in the army and air force," the military announced in the statement.

The announcement come as some of Pakistan's political parties and thousands of people have protested US drone strikes in the tribal region near the Afghan border. The government has called the attacks a breach of its territorial integrity and urged the United States to end them as soon as possible.

Pakistan has combated an Islamist insurgency for nearly a decade and largely relies on intelligence operations. The military called the development of its own drones a "landmark and historic" event and termed the instruments a "very effective force multiplier."

Army Chief General Ashfaq Parvez Kayani said the aircraft would substantially enhance the Pakistani military's capabilities. The military did not announce whether it planned to build combat drones.