Males of the insect give edible wedding presents to their loved ones. They contain proteins, which change the reproductive physiology of the females, researchers from the German city of Jena found out. 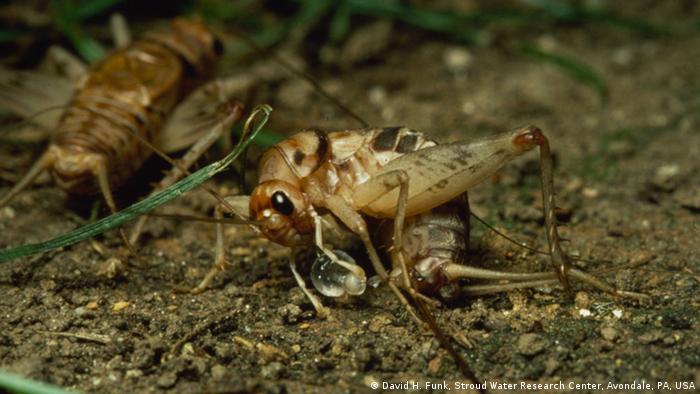 The clear ball - the dowry - is being eaten. The milky ball with the sperm empties into the sexual organ

Female spiders, as well as the Praying Mantis, are known to devour their male partner after having sex - a welcome source of protein for the female and useful from the point of view of evolution. The ultimate sacrifice the male makes for the sake of reproduction helps the female produce thousands of eggs. Other male insects choose to deliver prey to their female - also serving as nutrition for the loved one.

The "architecture" of termite mounts creates a natural air-conditioning system that works like clock-work and runs all by itself. (07.09.2015)

They don't earn wages, but farmers need them: bees. A study has found that wild bees provide crop pollination services worth billions. But not all conservationists will like the study's implications. (17.06.2015)

Millions of Monarch butterflies migrate to Mexico from Canada each winter. It doesn’t just make for a fascinating natural spectacle but is crucial for the entire ecosystem. Researchers are trying to find out exactly how. (23.12.2014)

But the case of the decorated cricket (Gryllodes sigillatus) is different. Here, the males also have a wedding-present, but it serves another purpose. It's neither prey nor self-sacrifice - the males of the decorated cricket prefer gel-packages containing proteins as gifts to their females. Those are connected to the spermathophores - little ampoules containing the sperm.

During copulation the sperm is transfered from those ampoules into the sexual organ of the female, where it is being stored until the later fertilization of eggs.

Eating while having sex is good for more offspring

The females eat the dowry-protein-packages, which are located at the outside of the sperm-ampoules while having sex. But unlike with spiders or mantis, it does not serve as a source of nutrients.

"In the case of the cricket, it has been shown that the gift has no nutritional value per se," Yannick Pauchet, researcher at the Max-Planck-Institute for chemical Ecology in Jena, told DW. "We found protease inhibitors in the gift."

Those substances effectively protect the various proteins in the gift from the digestive process inside the cricket. Therefore, the researchers conclude, the protein packages must serve other functions. Biologist Pauchet found at least two explanations.

The first is simple: The longer the female is busy eating its treat, the longer copulation lasts.

"When the female is finished with eating the gift, she will detach the ampoule and eat that as well," Pauchet explained. "It was shown that there is a direct correlation between the time the female feeds on the gift and the time it takes for the sperm to reach the storage organ in the female."

If the male delivers a tasty and big treat that takes a long time to devour, the chances of getting more offspring increase. On the other hand: 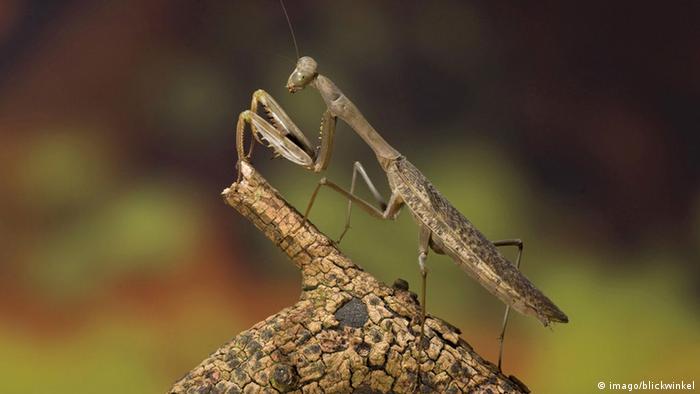 Another known function of the dowry-packages that is likely leading to more offspring: proteins fulfilling certain specific functions.

"Some of these proteins look like growth factors that are commonly found in other insects," Pauchet said. "If those growth factors reach the ovaries of the female, they may have a positive effect on the number of eggs, for example."

And these are only some of the many proteins Pauchet and his colleagues identified in the insect-dowry of the decorated cricket. There are many more, the function of which the scientists have not yet fully understood.

Some of them also trigger chastity - at least for some time after copulation. The researchers could already observe such behavior among the crickets. This would also be in line with evolution theory - it would increase the chances of the first male to pass on its own genes, and prevent other decorated cricket rivals from doing the same.