Alitalia has said it will face extensive strike action in April. The cash-strapped airline will see protests against a series of slated savings measures involving thousands of job cuts and hefty wage reductions. 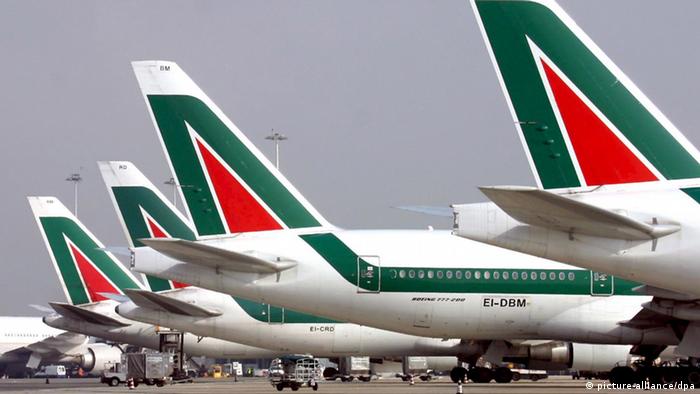 Trade unions representing the interests of employees at troubled Italian carrier Alitalia said Friday they had called for a strike on April 5 amid talks between management and unions on the implementation of a huge cost-cutting plan.

The unions pledged broad mobilization to protest cuts announced as part of a new business plan to relaunch the struggling airline and compete on short-haul routes with low-cost carriers.

Media reports said Alitalia was planning to make more than 2,000 ground staff redundant. The restructuring plan is likely to be closely scrutinized by the government in Rome, which has been critical of the way Alitalia has been managed under the de facto control of Etihad Airways.

Executives indicated a drastic savings program that was to push the carrier back into positive territory within two years. To this end, it wants to reduce annual costs by 1 billion euros and boost revenues by 30 percent to 3.7 billion euros a year.

The current fleet of 122 passenger planes is to be reduced in the process.

The European Commission has given the green light for United Arab Emirates' Etihad to buy a large stake of Italy's ailing Alitalia. The latter said it expected a sizeable cash injection to keep it afloat. (14.11.2014)