Chinese largest e-commerce firm, Alibaba, has reported above-estimates quarterly earnings, saying its net profit almost doubled on the back of solid revenue growth in its core shopping business and in cloud computing. 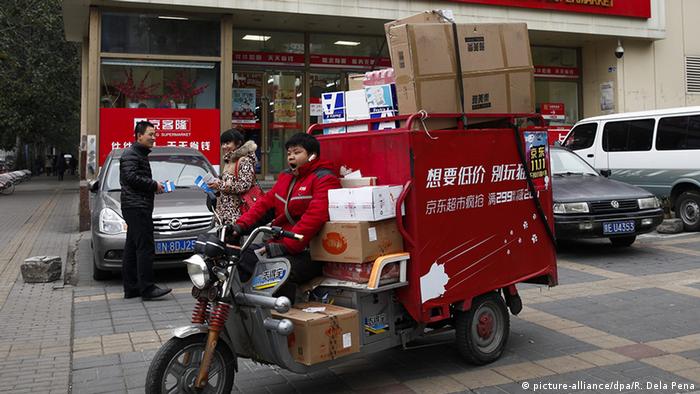 The company dominates e-commerce in China mainly through its Taobao platform, and its continued strong earnings performances have underlined the strength of the sector even as the country's broader economic growth has slowed.

Revenue from the core e-commerce business rose 58 percent, just shy of the 59.5 percent jump in the previous quarter. Thereby, the company was benefiting from more Chinese consumers buying an increasing proportion of everything from food to clothing to luxury items online.

Alibaba's Taobao platform is estimated to hold more than 90 percent of the consumer-to-consumer market, while its Tmall is believed to handle over half of business-to-consumer transactions.

The company's cloud computing and entertainment businesses also fared well but investments in offline stores are yet to pay off.

"Our technology is driving significant growth across our business and strengthening our position beyond core commerce," Alibaba Group CEO Daniel Zhang said in a statement.

According to company figures, Alibaba's mobile monthly active users on its China retail marketplaces grew to 529 million in June, an increase of 22 million over March of this year.

The company is also seeking to extend its shopping dominance by investing in a string of Chinese bricks-and-mortar retailers. In addition, it is investing in cloud computing, digital media and entertainment as its seeks to build up new revenue streams. Revenue from digital media and entertainment operations, for example, increased 30 percent 4.0 billion in the quarter.

Alibaba said it was also laying the foundation for long-term growth in its international operations, largely through the Southeast Asian e-commerce platform Lazada, where it raised its stake in the company to 83 percent in the quarter. International revenues reached 2.6 billion yuan in the latest quarter, up 136 percent year-on-year.

Alibaba, which has made billionaire founder Jack Ma one of China's richest men and a global e-commerce icon, has seen its New York-listed shares soar 80 percent since last December on perennially robust earnings. With those shares at all-time highs, the company's market worth has been fast approaching that of industry leader Amazon.