Theo Albrecht, co-founder of the Aldi supermarket chain, has died. Together with his brother Karl, he built up the discounting chain that made the two brothers the richest men in Germany. 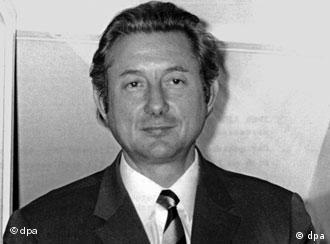 The last photographs from Albrecht date back to the 70s

One of the two founding brothers of the discount giant Aldi has died. The company has released a statement saying that Theo Albrecht passed away last Saturday in Essen.

The news was released on Wednesday after the funeral, which had been held that morning.

Theo Albrecht, together with his brother Karl, founded the supermarket chain after the two took over their family's small grocery store in 1948.

Over the decades the chain first went national and later global, making the Aldi brothers the richest German business men to date. According to the US magazine Forbes, Albrecht's fortune was not quite as great as Karl's, but still stood at 17 billion euros ($22 billion). 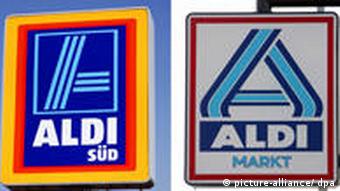 Aldi supermarkets can be found from Australia to the US

According to media reports Albrecht had for several years been suffering from a serious illness.

Albrecht lived a reclusive life with almost no public appearances after he was kidnapped in 1971. He was released after 17 days and a ransom of seven million deutschmarks (3.59 million euros, $4.67 million).

Theo and his brother Karl pioneered the discount concept - keeping costs down by offering a limited range of products without spending much money on advertizing.

The company has expanded as far as Australia and the US and has an annual turnover of around 25 billion euros.

German food prices are the lowest in Europe thanks to fierce competition from discounters like Aldi and Lidl. But new research suggests the price war may soon end as the chains exhaust opportunities for domestic growth. (02.02.2010)

German discounting pioneer Aldi is using the economic crisis to expand its presence in the US. The move could help mitigate the company's troubles on its home turf. (17.07.2009)