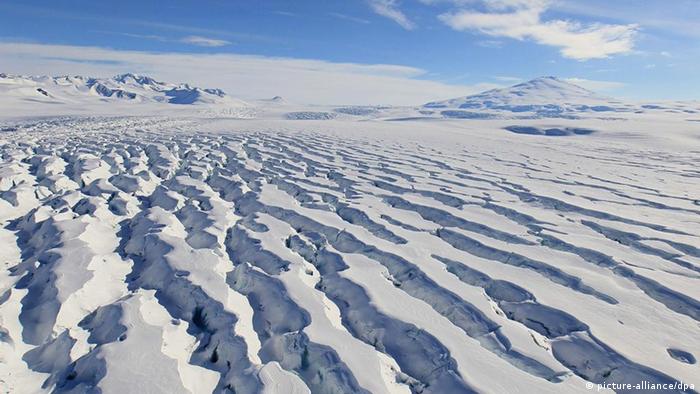 Ohio State University scientists have found that since 1958 average temperatures at the American Byrd research station in the middle of the vast reaches of western Antarctica have risen by 2.4 degrees Celsius (4.3 Fahrenheit).

That is one of the fastest gains ever recorded on the planet and three times the global average, according to the study group led by Professor David Bromwich.

"A continued rise in summer temperatures could lead to more frequent and extensive episodes of surface melting" in western Antarctica, said their report.

And, the stakes could be "much higher" if restraining ice shelves on the fringe of the western Antarctica broke and unleashed massive glaciers into the sea, added co-researcher Andrew Monaghan. 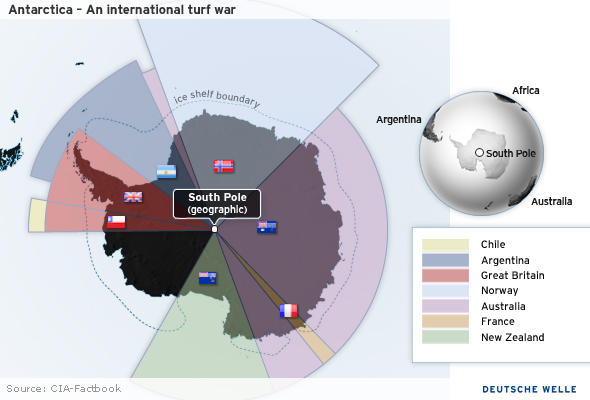 Antarctica is assign in sectors under a half-century-old treaty

A similar process has already taken place around the Antarctic Peninsula – below Chile – where several massive ice shelves that floated on the adjacent ocean broke loose in recent years.

Sea levels have risen globally by about 20 centimeters (8 inches) in the past century.

The last report by the United Nation's Intergovernmental Panel on Climate Change (IPCC) predicted a sea level rise of between 18 and 59 centimeters 7-24 inches) by 2100.

But, the panel's calculation did not take into account possible accelerations of ice melts on Greenland or Antarctica as documented in the Nature Geoscience report. An update IPCC report is due in late 2013.

Low-lying nations from Bangladesh to Tuvalu in the Pacific are especially vulnerable to rises, as are coastal cities such as London, Buenos Aires and New York which was recently hit by storm floods from Hurricane Sandy.

A UN climate conference in Doha in early December yielded little progress beyond an agreement to extend the so-called Kyoto pact, but only for a dwindling group of industrialized nations which account for 15 percent of greenhouse gases.

A series of reports released during the Doha talks said the world faced the prospect of 4 degrees Celsius (7.2F) of warming by late this century, rather than the 2 degree (3.6F) limit that nations adopted in 2010 as a maximum to avoid dangerous changes. Most impacts would be borne by the world's poorest.