Al-Jazeera goes from bad guy to good guy in the US | World| Breaking news and perspectives from around the globe | DW | 10.02.2011

Its relentless reporting of the ongoing mass protests in Egypt put Al-Jazeera on the map for US audiences, as it experienced its own "CNN moment." But the Arab news channel's broad appeal may not last, argue experts. 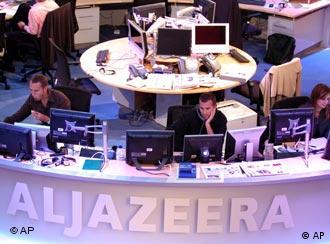 Al-Jazeera has been widely praised for its recent coverage

How can a Qatar-based news network that is available in only three US TV markets become the go-to outlet for all things Middle Eastern for millions of Americans?

By relying on the Internet and cleverly playing to its regional competitive advantage is the short answer.

And that has clearly paid off. According to the company, since the protests in Egypt began, its Internet traffic increased by 2,500 percent, with US users accounting for half of it. In the last four days of January alone, the channel's live stream attracted four million views overall, with 1.6 million coming from the US. Al-Jazeera says the number of followers of its English Twitter account sky-rocketed from 60,000 before the events in Egypt to 184,000. And the number of its Facebook supporters has more than doubled to 354,000.

Not bad for a channel that former US President George W. Bush allegedly wanted to bomb and that now is said to count Secretary of State Hillary Clinton and Barack Obama among its most avid viewers.

The Qatar-based channel's coverage of the events in Egypt has been dubbed the broadcaster's "CNN moment" a reference to the US network's reporting on the first Gulf war which catapulted it into households world-wide.

Still, it's not been all plain sailing for the network. Its close links to Qatar - bankrolled as it is by the country's billionaire Emir - have triggered accusations that it has been used as a foreign policy tool and tailored its coverage to suit visiting leaders. Critics also like to point out that it was conspicuously slow to report on the initial street protests in Egypt, prompting rumors of a deal between the Emir of Qatar and Mubarak, who had recently visited the Gulf emirate.

It's also been accused of bias in its coverage of events in Lebanon and Gaza, allegedly favoring Hezbollah and Hamas respectively.

A longer analysis of Al-Jazeera's meteoric rise in the US during the last few weeks should probably start with Osama bin Laden. After all, it was the often exclusive access to messaged recordings by the al-Qaeda leader that first catapulted the Arab news channel into the international spotlight after the attacks of 9/11.

While these tapes gained Al-Jazeera global prominence, it also created a huge backlash against the channel in the West, particularly in the United States.

"In the post 9/11 environment in which there was great concern about terrorism, violence in the Middle East, political Islam - even though Al-Jazeera was only broadcast in Arabic - there was some sense that it was somehow aligned with it," Nathan Brown, a Middle East expert at George Washington University in Washington, DC., told Deutsche Welle.

That reputation, whether deserved or not, of being somehow linked with radical Islamists didn't help when Al-Jazeera decided to launch an English-language channel four years ago. Conservative groups in the US launched a Stop Al-Jazeera campaign, urging Washington to deny the station access to the American market.

"It wasn't based on any watching of the station that people reacted against it," says Brown. "It was simply based on the name and on this association. And it was severe enough that most US cable companies that provide television services to American homes simply felt uncomfortable carrying Al-Jazeera English."

Until the events in the Middle East, Al-Jazeera in the US had a potential reach of only 2.4 million viewers.

Shunned by traditional cable operators in the US, Al-Jazeera turned to the Internet, streaming its TV programming and beefing up its online reporting. That strategy paid off in the last weeks. 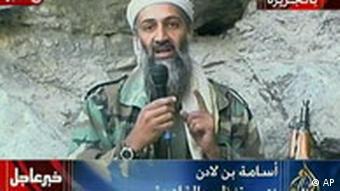 Messages by Osama bin Laden made Al-Jazeera a household name

"I think it's fair to say that all news channels have some biases and all of them have constraints and limitations, and within that I think Al-Jazeera has actually done a very good job."

But he adds that it is important to note what it is one can expect from Al-Jazeera - and what not.

"If you want to know what has been going on in Egypt - and not simply in Tahrir Square but in other places in the country as well, if you want to watch an interview with Omar Suleiman or Mubarak's speech they are going to have it right away with actually some fairly good translations as well. That's what it's really good at and that's why people should turn to it."

But if you are looking for detailed analysis about the inner workings of the opposition or for a larger perspective on the events, Al-Jazeera wouldn't be your first choice, Brown adds, because the coverage is "probably a little bit too breathless and a little bit too oriented toward the latest dramatic event to be able to provide that."

While Al-Jazeera's brand, image and reach in the US have improved dramatically, the experts are skeptical whether this will last once things calm down again in the Middle East. 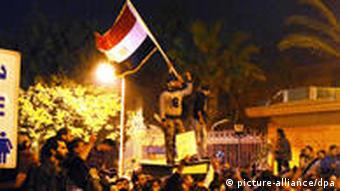 "I think a taboo may have been broken," says Brown. He thinks that Al-Jazeera stands a good chance of getting picked up in some major metropolitan areas in the US and will remain a vital information source for the foreign policy elite.

But since Americans and US media are generally regarded as inwardly focused, the Qatar-based network is unlikely to become a serious competitor for domestic outlets.

"So I would expect Al-Jazeera's viewership still to be fairly restricted in normal times," says Brown. "Only when something really dramatic happens in the region, would Al-Jazeera perhaps have a comparative advantage in American minds."

Meanwhile, Al-Jazeera is trying to seize its opportunity in the US limelight by galvanizing its supporters. It bought a full page ad in last Sunday's New York Times highlighting praise for its coverage and launched "Demand Al-Jazeera on US television" meetups in various American cities.

With China investing around $7 billion (5 billion euros) in foreign-language media outlets, Al-Jazeera's aggressive positioning may not come a moment too soon.

A German journalist and her American colleague endured 24 hours of interrogation by Egyptian forces. Their experience is one of an estimated 140 attacks on the media since unrest began in Egypt two weeks ago. (08.02.2011)