Airbus has been among the biggest losers on the European stock markets for a second day running. This came amid rumors that the company's A380 project could be mothballed. 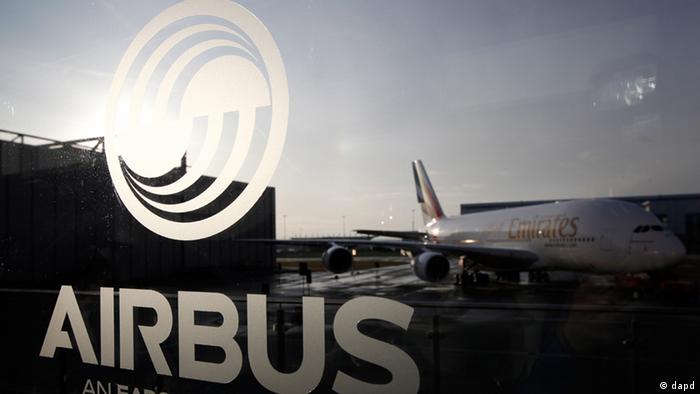 Shares in the European consortium Airbus dropped by around 3 percent on the Paris stock exchange on Thursday, following Wednesday's 10-percent drop.

The selloff came after Qatar Airlines announced on Wednesday that it would postpone the delivery of its first A350 "until further notice."

Airbus shares continued to fall on Thursday despite a fresh statement from Qatar Airways, in which it denied there would be any delay in delivery.

"We will be taking the delivery of our planes imminently," the chief executive of Qatar Airways, Akbar Al Baker was quoted by the AFP news agency as saying. "The aircraft is already scheduled to do the first commercial flight on the 15th of January and this will be to Frankfurt."

Al Baker also said the airline had a "small issue" that it was working to resolve with the European consortium.

"This issue should be resolved very soon and we will be taking the delivery of our planes imminently," he said in Doha.

Airbus Chief Executive Thomas Enders, though, denied that there were any problems with the A350, despite the cancellation of a handover ceremony scheduled for Saturday.

Long-term future of A380 in doubt

Rumors that Airbus may discontinue production of its A380 wide-body plane as soon as 2018 delivered another blow to investor confidence.

The company's chief financial officer, Harald Wilhelm, told investors at a meeting in London on Wednesday that while Airbus was set to break even on the A380 project over the next the next three years, it didn't appear to be the case for 2018.

This, he said, forced the company to try to make the A380 more attractive to airlines by offering in with new engines or to discontinue its production.

Airbus, Europe's largest defense contractor, is under investigation for bribery in Munich. The charges stem from border fortification contracts in Saudi Arabia and Romania. (03.12.2014)

The bulk of global airline routes are short- and medium-range intercity flights, and ever more people are flying. That's why medium-range single-aisle jets like Airbus's new A320neo sell like hotcakes. (25.09.2014)