European aviation giant Airbus has seen its second-quarter profit severely impacted by fresh charges for some troubled plane models. But the company insisted it was on track to meet its 2016 order target. 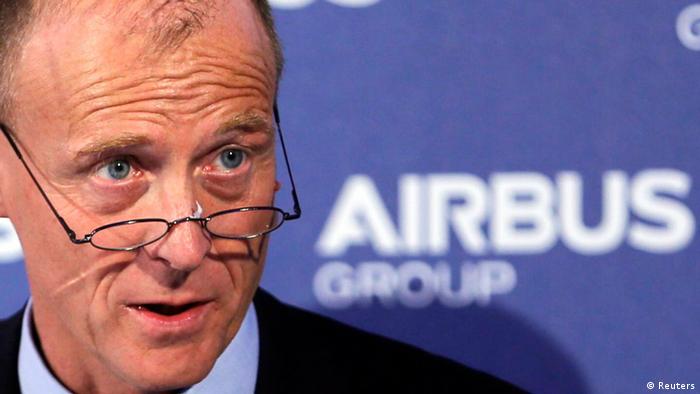 Airbus Group logged 1.026 billion euros ($1.130 billion) of charges for the A400M military airlifter following gearbox problems, and another 385 million euros for its delayed A350 airliner, the company announced Wednesday during a presentation of its second-quarter business figures.

A350 deliveries had been held up by shortages of cabin equipment, triggering new penalty payments.

Airbus' core operating earnings before one-off items dropped by 4 percent in the three months to June to total 1.183 billion euros as revenues slipped 1 percent to 16.572 billion euros in the second quarter.

Airbus reaffirmed its target of delivering at least 650 commercial jets in the course of 2016.

Speaking to reporters, Airbus Group Chief Executive Tom Enders (pictured above) said the company was "on good track" to meet its target of selling at least as many jetliners as it delivered last year.

He also said he was confident of finding a reasonable deal with buyer nations over late-delivery penalties, adding that he remained bullish over exports for military transport planes.