An international conference has begun to discuss possible military intervention in Mali. The country's northern region has been under rebel control since a separatist uprising in January. 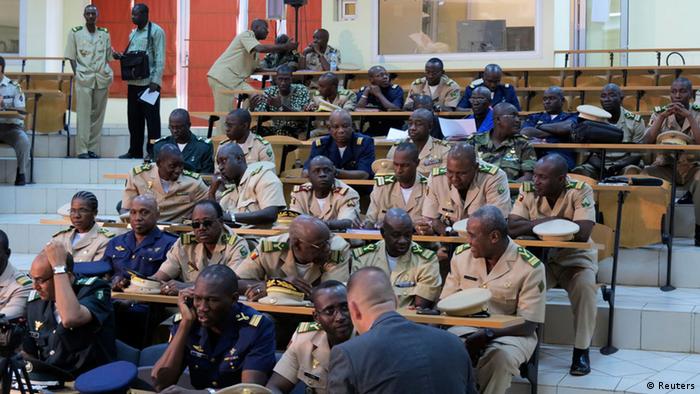 An African Union-backed international group of experts gathered in Bamako Tuesday to coordinate plans for potential armed intervention in the conflict in Mali. The proposal will be sent to the United Nations for approval at the end of November.

"This conference is a meeting of harmonization which must lead to concrete proposals for the adoption of a strategic plan to liberate the north of our country," said Mali's defense minister, Yamoussa Camara.

The conference, which is expected to last several days, will discuss "upgrading" the underequipped Malian army, which was unable to control January's separatist rebellion.

Upset with Mali's handling of the uprising, a group of soldiers ousted the government in March, creating a power vacuum in the country's northern region.

Radical factions then assumed power in Mali's north, including the Islamic group Ansar Dine (Defenders of Faith). Reports of kidnappings, human trafficking, the use of child soldiers, stonings and amputations have increased pressure for military intervention.

The UN Security Council passed an October 12 resolution urging the Economic Community of West African States (ECOWAS) to expedite preparations for a 3,000-troop military force that would attempt to recapture northern Mali, setting a November 23 deadline.

Former Guinean transitional leader General Sekouba Konate, who was appointed by the AU to make the proposed west African force in Mali operational, will arrive Sunday to participate in the conference.

ECOWAS representative Abdou Cheick Toure said there is still hope for a negotiated end to the occupation. "They are Malians," he said. "We must see if they agree to come back into the republic, to abandon their secessionist ideas, to make peace and abandon other criminal groups."