From leaving the pitch in tears to being touted as a Ballon d'Or contender, the turn of the year did wonders for Sadio Mane. With Senegal chasing a first AFCON title, 2019 isn't over yet though. 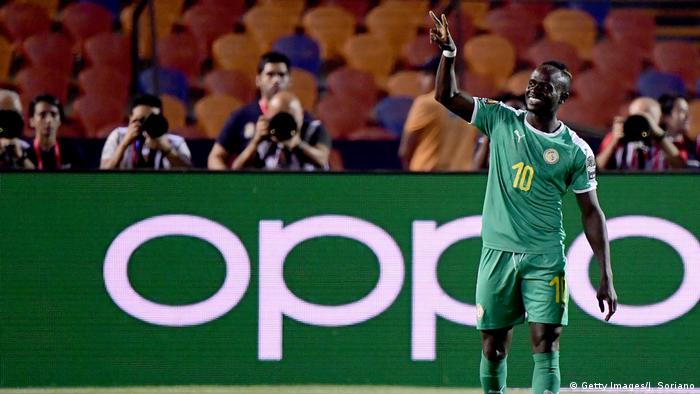 The emotions were overwhelming as Sadio Mane was helped from the field by his Senegal teammates. The tears were flowing freely.

Despite a 1-0 win over Equatorial Guinea in Africa Cup of Nations qualifying in November last year, the winger was booed off the pitch by his own fans having missed a golden opportunity to get his name on the scoresheet. It was another twist in the turbulent relationship between Senegal's star man and their supporters, one that has been prevalent since he joined Liverpool.

"The last three years Senegal fans have been a little harsh on Sadio Mane because they expect him to do everything in the team," Senegal fan Babacar told DW. "They want him to defend, they want him to score. When the team is good, Mane gets credit but when the team is bad, Mane is to blame. That's why it's difficult for him. There's a lot of criticism for him when he doesn't score."

Dreams of a nation

With "The Lions of Teranga" 90 minutes away from clinching their first ever AFCON title though, Mane has a chance to match the expectation levels associated with his status. 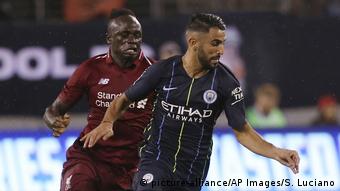 Mane told France Football before the tournament started that winning the tournament would be his "biggest and most crazy dream." The Liverpool forward even went as far as claiming that he'd even be willing "to swap a Champions League to win an Africa Cup of Nations", fresh from lifting the most coveted title in European club football just last month.

The Champions League win is part of Mane's 2019 redemption tour. A win on Friday would see him exorcise his own personal demons and those of Senegal's fans, who are struggling to keep their feet on the ground.

"It's like a dream," said Babacar. "We came to Egypt with a lot of hope. Everyone said we were favorites. We've been waiting for this moment for so long," Babacar added, hinting at the heartbreaking final defeat to Cameroon on penalties 17 years ago - Senegal's last and only final appearance before this year.

Cameroon were also the opponents when Mane missed the fifth and final spot kick of a quarterfinal penalty shootout at AFCON 2017. "It was hard for him," reflects Babacar, who admitted to crying after the loss. "He was our captain and the best player in our squad. There was a lot of hope for and pressure on him." 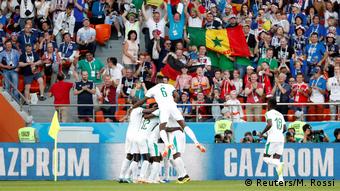 Dakar will be wild

But there's a difference between Senegal this year and two years ago, with several players playing at better clubs. The team has grown and it now has more experience. They don't rely just on Mane. Napoli's brilliant defender Kalidou Koulibaly and Everton midfielder Idrissa Gueye have helped taken on the load of expectation. This team is daring to do what the famous Senegal team of 2002 could not.

Senegal will be without Koulibaly for the final, who is suspended. Off the pitch there are also concerns over how many fans will be able to make the trip to Cairo based on visa difficulties and cost. One of the lucky few traveling is Babacar, who is nevertheless jealous at the prospect of missing any celebrations in his home country.

"Football is something that people can cling to," he told DW. "They may have no money, no food or no water, but football can bring joy. It would be a massive win for Senegal as a country."

Babacar says people were just waiting to celebrate a win in the semifinals. A win in the final would see widespread joy. "They don't have much, but when they're watching football it's a chance for them to escape their problems," Babacar added. "And the celebrations in Dakar will be wild if they do it."