The women are the latest victims in a campaign against health care workers as violence has increased while peace talks between the government and Taliban continue. 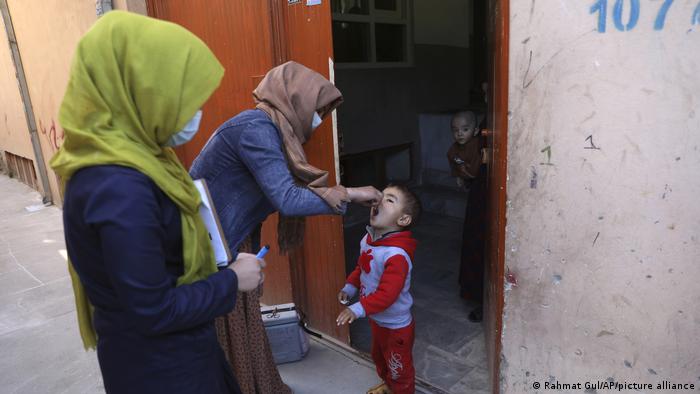 The Afghan government on Monday launched another round of polio vaccinations across the country, aiming to inoculate 9.6 million children under 5

Three female polio vaccination health workers were gunned down in the eastern Afghan city of Jalalabad, officials said on Tuesday. Two volunteers and one supervisor were killed in two separate locations a day after a polio vaccination campaign kicked off.

Numerous assassinations have taken place in the country's urban centers since peace talks began between the government and the Taliban in late 2020.

It was not immediately clear who carried out the shootings, a provincial government official said.

Two suspects have been arrested in connection with the incidents, police said. 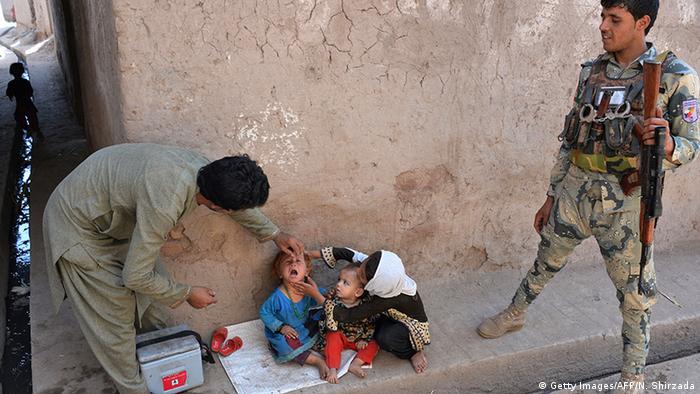 Security is often present for polio vaccination efforts in both Afghanistan and Pakistan, where the disease is still endemic

The threat to heath care workers

The UN mission to Afghanistan warned last year that health workers were increasingly at risk.

In May 2020, gunmen attacked the maternity ward of a hospital in Kabul, killing 24 people.

Those administering the polio vaccine will often be accompanied by security due to the persistent threats.

"The fear instilled during Taliban rule, where pro-polio leaders got killed remains a key concern today, and most successors are still afraid and not motivated to endorse polio vaccination," according to UNICEF.

The vaccination drive has fallen victim to consipracy theories. Such theories include that the polio vaccine is used to sterlize Muslims, or that some ingredients in the drops derive from pigs, forbidden to Muslims.

The threat of polio

Polio is a disabling and life-threatining virus that spreads from person to person and can infect the spinal cord.

Afghanistan and Pakistan are the only countries where polio is still endemic. Roughly 3 million Afghan children were unable to access a polio vaccine during the past three years due to Taliban militants preventing door-to-door campaigns, according to the Health Ministry.

Afghanistan, in cooperation with UNICEF, started a five-day anti-polio campaign aimed at vaccinating 9.6 million children in 32 of the country's 34 provinces, on Monday.

Opinion: Female investigative journalists in Africa face too much danger 03.05.2022

Women who seek the truth in Africa face fear, violence and threats to their lives, writes Nigerian journalist Tobore Ovuorie.