Algeria has not seen the same revolutionary sentiment as other authoritarian regimes in the region, but the farcical nature of upcoming presidential elections have engendered discontent. 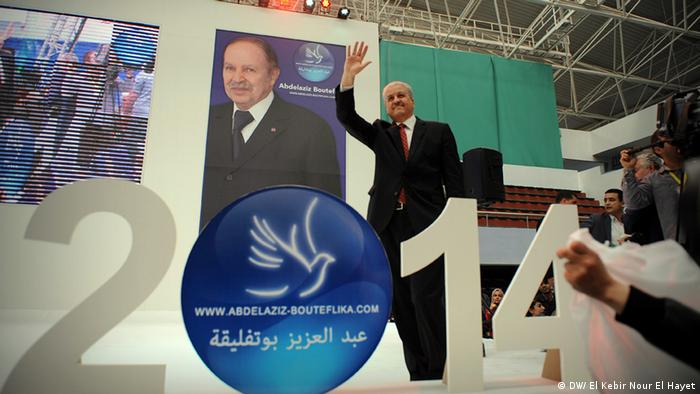 Abdelaziz Bouteflika is running for a fourth presidential term despite being in ill health. Fronting his campaign is former Prime Minister, Abdelmalek Sellal

Algeria’s President Abdelaziz Bouteflika is not a well man. Since his stroke last year, he has largely remained out of the public eye, leaving the population to guess at the extent of his frailty. When he did make a rare television appearance - on the occasion of a visit by US Secretary of State John Kerry in early April - he looked pallid and spoke with the whispery voice of a diminished man.

For other leaders in such ill health, the advent of a presidential ballot might be seen as an opportune moment to bow out, to let the nation reshuffle the cards. That, however, is not the plot of what some observers are describing as a tragicomedy worthy of Hollywood. Because for all his sickness, come April 17, Bouteflika will be running for a fourth term in office. And in a further twist, he is pretty much guaranteed to win.

If he does, Hamza Hamouchene of the Algeria Solidarity Campaign says it will be down to a widespread sense of political alienation coupled with a lack of credible opposition. "There is no-one who can voice peoples' concerns, who can take their discontent and formulate a political project as an alternative to Bouteflika or the system in place," Hamouchene told DW.

A system which, although not universally liked, has been widely accepted as the status quo over the past 15 years under Bouteflika and his National Liberation Front (FLN). But in pushing for a further mandate, the president is seen in some quarters as going one step too far. 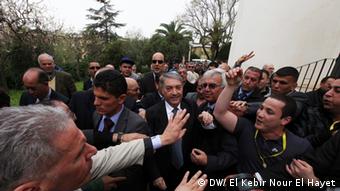 There is a growing sense of discontent in Algeria

"We know that politics in Algeria are decided by the ruling class, and if he were well that would be fine," Hamouchene said. "But to put himself forward when he is so ill is insulting."

Opposition parties responded to the candidature with a movement called Barakat, which translates to "enough," and have been staging boycott protests in many parts of the country. Yet Manouria Mokheif, director of the Middle East North Africa Program at the French Institute of International Relations (IFRI), is not convinced they will have the desired effect.

A figure of stability

Partly, she says, because in making an audacious play for a fourth stint at the helm, he has engendered a small but vocal opposition movement that will want to be heard at the ballot box. And partly because for all the authoritarianism of his rule, Bouteflika enjoys a broad base of support in the country he is regarded as having rescued from the spoils of civil war.

"Although people know about the depth of corruption and inequality, although they know about the ills of Algerian society, they also remember the violence and terrorism that was destroying the country," she told DW. 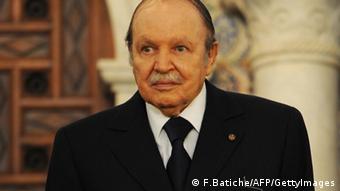 She says many citizens see the president as the man who restored and secured stability and improved peoples' lives by investing in such things as housing, education, hospitals and highways. And they believe that even in ill health, the backing he enjoys from the army, the FLN and the business sector, make him the best bet for the immediate future.

Given what she describes as the first ripples of a civil opposition movement in Algerian society, it is the future rather than the elections themselves that most interests Mokheif.

"I cannot wait to see what happens after April 17, because even if nothing officially changes and the same people manage to secure their positions in the country, there will have to be debate about the constitution."

She is hopeful that the political elite will read the signs carefully, extend a hand to the population in all its guises, and encourage the development of civil society.

"I hope we can close the parenthesis opened in the late 1980s and continue the debate on a new Algeria, because many many sections of society are ready for that." 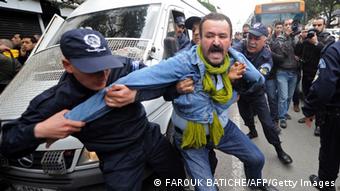 Whether the powers that are and the powers that will be are ready for quite the same is another issue. Hamouchene says the most likely outcome of elections is stagnation.

And that, he insists, is potentially very dangerous.

"We have all the ingredients for an explosion," he says, citing unemployment, inequality, repression, inadequate health and education systems. "It seems the Algerian regime does not want to learn from what happened in other Arab countries, it does not want to democratize."

That being so, he stresses the importance of building on the opposition movement that emerged in the wake of Bouteflika’s renewed candidacy. He acknowledges, however, it is a long term goal.

"It takes a long time to formulate a political project," the activist said. "But we need to turn the tables, to create an alternative, because it is illusionary to think that the actors inside the system are going to reform and become honest people."