In Europe's closed-off immigrant communities, hundreds of women are forced to marry against their will. Help is hard to come by and politicians, until recently, have preferred to look the other way. 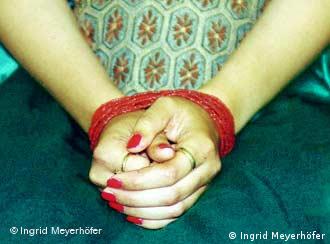 Bound by honor and shame, victims of forced marriage often live lives of isolation and abuse.

The unhappiest person at Sibel Öztürk's wedding was the bride herself.

Wearing the white wedding dress she bought in Turkey a few weeks before, Öztürk (Her name has been changed) sat at the banquet table next to her new husband, a complete stranger, and fought back tears. Most of the 400 guests in the festive hall in Cologne knew that her father was making her marry a man she neither loved nor knew.

"It was like a theater performance," she says, recounting the story almost a decade later to DW-WORLD. "My friends all had goose bumps. They said, 'We don't recognize you at all.'"

Shame and honor kept the shy 23-year-old from running out of the hall, away from the marriage her father had forced on her and the community that had accepted with silence.

Hers is a story replayed countless times in immigrant communities in Germany and other European countries. Parents view arranged marriages as a way to preserve ties to the homeland and shun what they view as corrupt Western European practices.

More often than not, the young women accept these arrangements, knowing that their parents have found them a suitable companion. But when daughters are forced into marriages, women like Öztürk can be relegated to lives of violence, isolation, and abuse, say women's-rights activists.

No reliable figures, not much help, for victims

There are few reliable numbers on how many women in Europe's Arab, South Asian, Turkish, or Eastern European 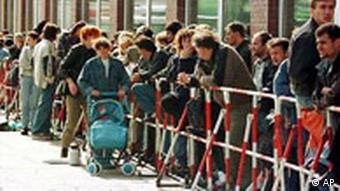 communities are suffering in forced marriages. France and Norway have programs that counsel women facing or fleeing forced marriages. Britain boasts a special desk in the Foreign and Commonwealth Office (FCO) that helps citizens who are forced into marriage overseas. Last year, the desk's second year in existence, the FCO reported some 200 cases of forced marriage. British police have adopted procedural guidelines for handling the problem.

In Germany, a few extreme cases, like that of a Kurdish woman murdered by her brother in 2000 because she had a German boyfriend, spend brief periods of time on the front pages. But activists say law enforcement and politicians continue to look at forced marriage as a cultural issue, rather than a human rights question.

That might change, however, as Germany begins looking more critically at its integration problems decades after the first immigrants arrived. German state and federal politicians are promising to take action.

"We maybe missed out on this subject, or overlooked it," said Christian Storr, who heads the office of the Immigration Commissioner and Justice Minister in Baden-Württemberg.

Storr's office is responsible for drafting a bill that would jail those involved in arranging marriages. "Maybe it will be a signal to these families, that we are aware of [the problem], and maybe it will stop some from doing it."

Such a law is long overdue, says Seyran Ates, a Berlin lawyer whose lobbying on the issue together with the German women's organization Terre des Femmes brought forced marriages to the attention of German politicians last year. German courts continue to tiptoe around the problem, labeling it as a something best taken care within the community. Judges have invoked "religion" or "tradition" in explaining why they were reducing the punishment for men who abused their wives in forced marriages, she says.

"They don't see it as a human rights violation," says Ates, who fled her traditional Turkish home at the age of 18.

Neither did Öztürk. The eldest sister in a family of three sons and two daughters, she was used to obeying her father and older brothers. She learned early on to serve them first at meals and clean up afterward.

Next page: Wedding invitations already on the way

When Öztürk began a four-year nursing program in 1989, her father called her constantly, often coming by the nurses' station at the local hospital to check in on her. When he felt she was getting too independent, he looked around for a suitable husband.

She was working a shift at the hospital one night when a young man, the son of someone who had grown up in the same village as her father, came to ask for her hand in marriage. Shocked, she politely declined.

She soon found out it wasn't her decision to make. Before she knew it, wedding invitations were being sent out. Her pleas fell on deaf ears. "They didn't understand why I didn't want to marry him," she says.

Refusal would have meant shame

Many parents don't know the pain they put their children through, says Rahel Volz, who heads Terre des Femmes, which is based in Tübingen, Germany. "They were married the same way, and never asked why," she says.

Victims don't say no early enough, so the parents just assume they accept, she adds.

Öztürk knew refusal would have meant shame for her family, so she went along, saying goodbye to the brief taste of life outside her traditional upbringing.

Her husband terrorized her, even physically abusing her on occasion, she says, adding that his mother and sister barred contact between Öztürk and her family.

"I didn't feel anything or want anything," she says, recalling that period of her life. "I would walk the streets without a destination."

Uncle intervenes to save her

She sneaked away to visit a psychologist, but couldn't muster the courage to do what the doctor told her: leave. When she told her parents she wanted out, they turned her away at their doorstep - twice.

As a last resort, she appealed to her uncle, the more liberal-minded brother in her father's family. After an intense family discussion, her father relented and allowed her to divorce.

Öztürk shakes her head and falls silent when telling this part of the story. Though she continues to stay in contact with her parents, she told them she could never forgive them. "It's a closed chapter in my life," says Öztürk, who is now married - to a man of her choosing - and has a three-month-old baby. "But there are still wounds."