A Patron Saint for Politicians?

Who deserves to be a saint? The question is a source of great debate among Catholics. On Sunday, Charles I of Austria will be beatified at the Vatican, while an angry dispute erupts over his historic role at home. 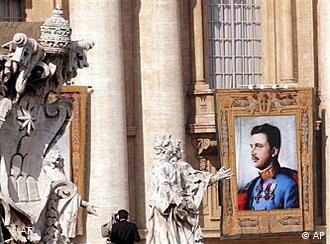 How blessed was the last ruler of the Austro-Hungarian Empire?

For centuries, the announcement of the beatification of a new saint had been big news in the Catholic Church. At the start of the 21st century one could argue that the importance of such a ceremony has faded somewhat, at least in the media. But in Austria, the naming of Emperor Charles I, who ruled for just short of two years at the end of World War I, has caused quite a stir, as the country's leading news magazine referred to the last ruler of the Austro-Hungarian Empire as "the patron saint of losers."

Herbert Lackner, chief editor of the Viennese magazine Profil criticized the beatification of Charles I as tantamount to anointing a proponent of war. Although the emperor himself "was not as much of a war hawk as his generals, he was too weak to actually make the decisive turn to peace," he wrote ahead of Sunday's ceremony. Lackner also said Charles was responsible for the use of mustard gas during the end of the war, which resulted in the deaths of hundreds of soldiers. 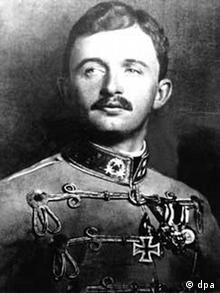 "He was the supreme commander. If he had ordered them not to use it, they wouldn't have done so," Lackner said.

The journalist maintained Charles got beatification because the Vatican succumbed to decades of lobbying by the Habsburg family that formerly ruled Austria.British historian and lawyer James Bogel, however, claimed the media is acting like the paparazzi by leveling untruths at the Habsburg family because of a deep-seated paranoia about the country's monarchic past.

"If you've got people with that degree of paranoia, it's not surprising that they write articles like this," said the lawyer, who speaks on behalf of the family.

Walburga, the Countess Douglas and granddaughter of Charles, was of the same opinion. Speaking to DW-RADIO from Rome, the royal heiress said Pope John Paul II was responsible for the decision and has been more creative than his predecessors in picking the new saints of the Catholic Church. 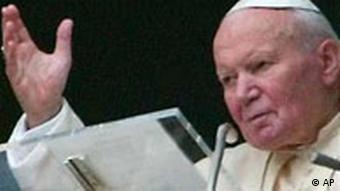 As to accusations that Charles was a poor statesman and morally reproachable for allowing generals to use deadly mustard gas, the countess recalled that politicians during the time of her grandfather were in a much different position than today, and many were much harsher when it came to war.

"You will always find people who are going to say, how can you beatify a person who was leading a war," she said, while adding that Charles I was fulfilling the will of God.

One miracle is enough

In his official biography -- published by the Vatican -- historians argue that Charles I strove tirelessly for peace until abdication in 1918. As a dedicated Catholic, he was also the only European leader who backed the peace efforts of Pope Benedict the fifteenth. According to James Bogel, there is also no actual record that the emperor actually authorized mustard gas.

During the war "he certainly refused to attack civilian shipping. He refused to shell Italian civilians. And he refused to send Lenin in a sealed train back to Russia," all reasons Bogel has cited for showing that Charles I was not as bad as the media makes him out to be.

For the Vatican, though, the proof of Charles' saintliness lies elsewhere. The Catholic Church said the deceased emperor miraculously healed the varicose veins of a Brazilian nun when she prayed to him in 1960, and one miracle is all it takes for beatification.

The last emperor of the Habsburg dynasty, Charles the First of Austria, is to be beatified by the Pope. News that the deceased monarch will become Blessed Charles has prompted many to question the pontiff’s choice.