Nervous financial markets, ineffectual interest rate increases, emerging market currencies under massive pressure: All because the US Federal Reserve reversed its monetary policy - or is that really the explanation? 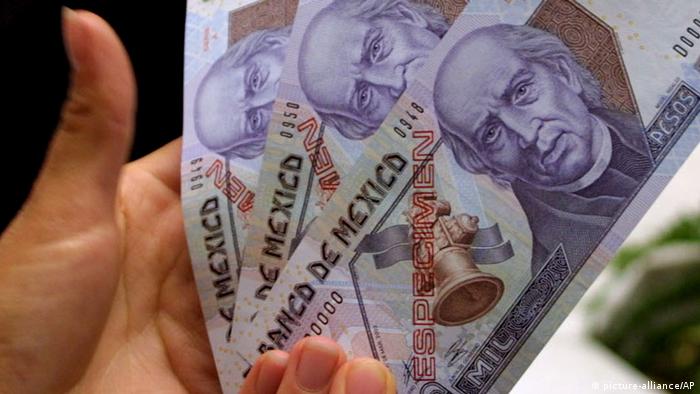 It was an intervention that Turkish Central Bank Governor Erdem Basci probably hoped would turn out better. After the drastic interest rate hike on Tuesday (28.01.2014), a sigh of relief rippled through markets, but the recovery in the financial markets was short-lived. Stock exchanges around the globe resumed their downhill trajectory, and many currencies - from the Brazilian real, to the Indian rupee and the Russian ruble - came under intense pressure.

Parallels are being drawn to the Asian crisis, which hit several East Asian countries in 1997. Or could things be even worse this time - a possible harbinger of a new global financial crisis?

One person for whom the answer is an unambigous "no" is Holger Schmieding, chief economist of Berenberg Bank in London: "I do not believe that the world is facing a new financial crisis." However, Schmieding said, a number of emerging economies face serious challenges, "which could certainly turn into a real financial crisis for these countries."

The silver lining, he said, is that industrialized countries are in comparatively good shape. "I do not believe that the turmoil in some emerging countries will have a lasting impact on the Western world."

Financial market expert Christoph Zwermann said it is important to differentiate between the various emerging economies. The problems faced by countries mired in political crisis, such as Turkey or Argentina, differ significantly from others, such as India or Brazil, which have high foreign currency reserves and are in a strong position to avert a crisis.

The key reason for the current turmoil, he said, is the decision by the US Federal Reserve to cut its domestic bond purchases, a move that suggests it is confident the US economy is strong enough to do without "quantitative easing." That means capital will start to flow back to the US that previously flowed abroad for a number of years.

"These circumstances will not result in a crisis, but there will be very intense market corrections, which on the other hand can also be healthy, just because corrections are necessary." And that will affect everyone, he said, "including the stock markets of the established economies."

Americans not to blame

But it is only the Fed's policy change, turning off the taps of its bond-buying program, that is responsible for the turmoil? "No, this time the Americans are really not to blame," Schmieding said. The Americans have had a very loose monetary policy in the interests of their own economy for a long time. "Now they will have to tighten this policy somewhat - also in their own interest," he said.

Ultimately, the US economy has become more robust and doesn't need the bond purchases by the Fed in their current scope. "The Fed is ultimately doing the right thing: It's guiding the American economy," Schmieding said.

The fact that some emerging economies in recent years have financed their growth by "borrowing cheap money from America, instead of making necessary reforms themselves, is not something you can hold against the Americans." These, he said, were lessons that have to be learned by these emerging markets.

And there are plenty of lessons: Brazil and India, for example, suffer from reform sclerosis, and both countries also rely heavily on protectionism, which keeps their domestic industry inefficient. In Turkey, it is rampant corruption that has led to a political crisis. This has made investors cautious and brought an end to the boom on the Bosporus. Argentina has never really overcome the peso crisis, while Indonesia lacks an industrial base for a sustained recovery.

With so much uncertainty, investors prefer to play it safe - and that means bringing their money back to the US, where the economy is growing more strongly, and to the eurozone, where the worst seems to be over. Schmieding does not see any current threats to the global economy: "'Threat' is, I think, not the right word here - what 'threatens' us is really a return to normal conditions."

Zwermann takes a similar view, but warns that if market reactions turn out to be significantly more volatile than at present, the consequences could extend to the real economy: "From that point on, everything would be much more difficult." But currently there is no reason for panic, he says, because the world economy as a whole is on the path to recovery.

As many observers see it, 2014 will be a year of transition for the world economy - away from the policies of economic support with fresh central bank money toward development supported by growth. The transition phase will be turbulent. It will probably be a bumpy year for the global economy.

The pressure is on emerging nations after the US central bank further cut its stimulus. Currencies in Turkey, India and Brazil have fallen. This is unlikely to set off a global crisis but may make for a bumpy 2014. (30.01.2014)