You shouldn’t be ashamed if you can’t read and write, but it definitely hinders your personal development. That’s what the siblings Latifa and Elinam find out in our new Learning by Ear series. 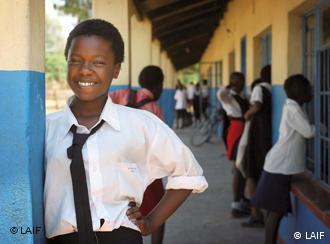 Literacy and education are highly acknowledged as factors of development. Still today, more than 150 million African adults cannot read or write. Aiming at halving the number of illiterate individuals by 2012, the United Nations launched the Literacy Decade in 2003. Education is also one of the United Nations’ Millennium Goals.

Girls are particularly disadvantaged when it comes to accessing education, and a large number of them are forced to drop out of school early because their parents cannot afford to allow all their children to attend school regularly.

In our radio drama, young Latifa is facing this very problem although she has always had good grades at school. Papa Wali’s business is going badly and Latifa has to help to support the family. Being illiterate themselves, Papa Wali and Mamoua don’t measure the consequences of their decision for their daughter’s future. Will the support of her older brother Elinam and Latifa’s friend Zakia be enough to change things? And what will happen to Papa Wali’s young illiterate employee Epiphane?

Learning by Ear - Literacy - 02 - Who's going to pay for Latifa's education.mp3

Learning by Ear - Literacy - 02 - Who's going to pay for Latifa's education.pdf

Learning by Ear - Literacy - 07 - The price of success.pdf

Learning by Ear - Literacy - 08 - An affair of the heart.pdf