A German′s Dream for Global Understanding | Germany | News and in-depth reporting from Berlin and beyond | DW | 29.04.2005

A German's Dream for Global Understanding

A real estate developer-turned-philanthropist is funding one of Germany's largest linguistic projects: the creation of a universal communication system. Experts doubt it will improve conversations across the globe. 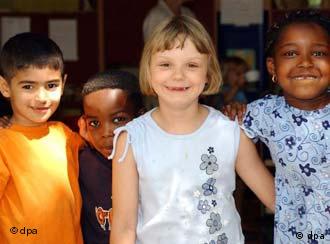 Johann Vielberth brought US-style shopping to Germany by opening the first mall in the Bavarian town of Regensburg. Almost four decades later, he's hoping to give the world a universal and culturally neutral communication system. 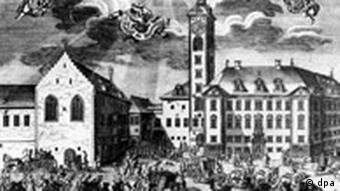 This etching from 1729 shows diplomats arriving at Regensburg's town hall for a session of the imperial parliament. Regensburg was the seat of the legislature of the Holy Roman Empire of the German Nation from 1663 to 1806

In a city where European leaders and diplomats once used French and German to converse while attending the parliament of the Holy Roman Empire of the German Nation, a group of linguists at Vielberth's own research institute is working on KOD, as the system is called.

Unlike artificial languages such as Esperanto, which are derived from a few different natural languages, KOD is based on the shared elements of 15 languages spoken by 4.6 billion people: Arabic, Bulgarian, Chinese, English, Finnish, German, Greek, Hindi, Italian, Japanese, Russian, Spanish, Turkish, Hungarian and Yoruba.

A system, not a language

The scientists each represent one of the languages currently incorporated in KOD. Together they are developing a new vocabulary for the system, which does not have its own grammar. Instead, so-called "KOD markers" are used to represent grammatical functions common to participating languages. That's one of the reasons why researchers call it a communication system rather than a language.

"The idea of KOD is to keep the different structures of the languages as far as possible," said Sabine Plum, the project's scientific director, adding that the way people form sentences in KOD depends on the structure of their native language. 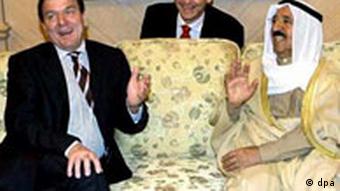 Will German Chancellor Gerhard Schröder and Kuwait's Premier Al Sabah use KOD instead of an interpreter in the future?

The basic vocabulary will include about 40,000 words, each with a unique meaning. While the English word bank, for example, can mean both a place to keep money as well as a riverbank, in KOD, the former is tarash while the latter is gotup.

Based on this so-called "KOD-global", Plum's team then develops a version with elements unique to a particular language. The German and English versions will be largely completed by the fall, allowing people to use KOD properly for the first time.

Those involved in the project hope that KOD will be used by international organizations such as the United Nations or the European Union, which currently spends the better part of one billion euros ($1.3 billion) on interpreters and translating documents between its 20 official languages each year.

"It would be nice if KOD were to become an accepted part of the education of young people just like mathematics," Vielberth, who is also a major financial contributor to Regensburg's university, recently told a local TV station. "That way the whole world could communicate." 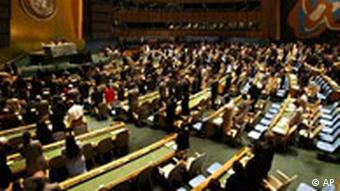 Learning KOD will take about as much time as learning a foreign language, according to its developers. Its main advantage over natural and artificial languages then lies in the fact that it is culturally neutral, said Kees Bakker, who is in charge of promoting the project.

"We should not underestimate the resistance against the history that English is coming with," he said, adding that KOD would also put people on an equal level with one another and do away with the linguistic advantage a native English speaker often has over others.

To keep things neutral, KOD's creators have even developed a special alphabet for the system. They've since decided to mainly use the Latin script, however, while offering the KOD script simply as an alternative.

"It's an expression of the fact that we are not trying to reinvent the wheel," Bakker said, adding that he will be one of the first to begin using KOD.

Whether many others will follow is questionable as experts expressed doubts over the usefulness of one of the largest linguistic projects currently underway in Germany. 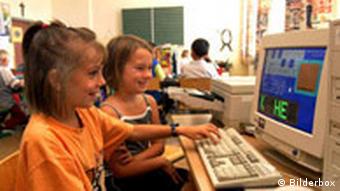 Could KOD help them to translate languages on the computer?

"It's great for machines, but not for interpersonal communication," said Martin Haase, a linguist at the University of Bamberg and the head of the German Esperanto Institute.

Others said the idea of cultural neutrality was a laudable one.

"A system like that would avoid questions of prestige, of identification that you have in Europe now," said Ekkehard König, a linguist at Berlin's Free University.

"But I cannot see that a designer language with all its inadequacies could fulfill the needs of efficient communication," he added. "I would always opt for a living language in preference to a system developed artificially which doesn't have the breath of life in it."

Christian Lehmann, who teaches comparative linguistics at the University of Erfurt, said that KOD is unlikely to emerge as the world's universal communications system. It could potentially work as a tool in computer translation programs, he said. 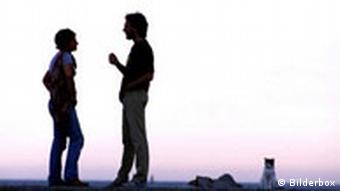 Could lovers use KOD?

"But I don't think that's Mr. Vielberth's goal," Lehmann said. "It's been his dream for decades to solve humanity's problems to communicate, but he's not going to accomplish it this way."

No matter what KOD's chances of success may be, Vielberth's project isn't pointless -- if only for one simple reason.

While the music industry discusses introducing quotas for more local groups on radio stations, the issue of German language is making the rounds among politicians as well. Speaking English is no longer a must. (Oct. 2, 2004)

How Do You Say Accession in Maltese?

The EU is the only international body in which all participants can speak their own language. As of May 1, each new language requires around 60 translators, but the small island of Malta is struggling to fill these jobs. (May 2, 2004)

The Major Issue of Minority Languages

The newly enlarged European Union has a rich linguistic variety extending far beyond its official working languages. But new efforts are being made to strenghten the bloc's cultural diversity. (July 27, 2004)

More information on the most widely spoken artificial language

Information about the first Esperanto conference on DW-WORLD's history site