Geocaching has people all over the world scouring the woods for something whose exact location they already know. But even after 10 years, the activity's popularity isn't letting up. 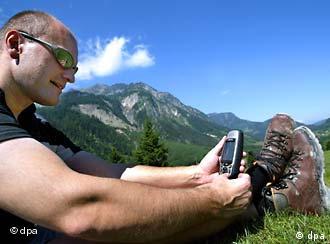 More and more people worldwide, including in Germany, are tuning to their GPS devices when they go for a walk in the woods or along city streets - but it's not necessarily because they have a bad sense of direction.

Instead they're looking for a small, usually plastic container hidden from plain sight but whose exact location is stored online in the form of longitude and latitude coordinates.

The hobby is surprisingly simple: geocachers first look up the location, and then try to go find the trinket in the real world. Once they do, they then typically discuss their adventures online, on websites like geocaching.com, one of the major online gathering points for information on the hobby.

Jeremy Irish, an American outdoor enthusiast and businessman, first registered the site 10 years ago Thursday, kicking off what has now become a worldwide activity.

Geocaching was created back in 2000 just after the US military removed limitations on the precision of information its network of global positioning system (GPS) satellites provided to the public. In that time, handheld consumer-grade navigation GPS devices have also taken off.

Plastic boxes in the woods 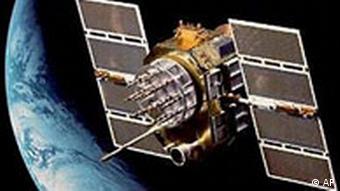 Geocaching relies on satellites originally built for military use

Many geocachers, like Kristian Thy, an IT professional in Bonn, agree that it's a great way to get some fresh air and exercise. He said he's more inclined to get out of the house since he and his wife found their first of almost 600 geocaches four and a half years ago.

"We found out that both of us are very much more motivated to actually go out and be active if there is a distinct objective," he said. "Finding Tupperware boxes hidden in forests just does it for us."

And they're not alone. While there is no central authority that oversees the activity, geocaching.com estimates that there are between four million and five million geocachers looking for over one million caches hidden around the world. 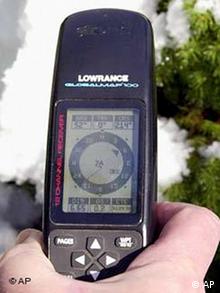 Going geocaching is very easy, participants say. All it takes is a set of GPS coordinates from the Web and a GPS receiver, which can range in price from 100 euros ($128) to 600 euros.

But beginners don't need top-of-the-line devices to get started, according to Hendrik Kardinal, an active geocacher with a day job selling outdoor equipment at the Biwakschachtel in the western German city of Koblenz.

"It doesn't matter if you spend 100 or 600 euros on the GPS device, the reception quality is going to be the same," he said. "It's technical bells and whistles that determine a device's price."

Kardinal said that geocaching has grown in popularity in Germany since 2006, and he has noticed that participants in his GPS course tend run the gamut in terms of age and fitness but he added that he's noticed a spike in interest among people with children.

"It's hard to lump them all together, but if I had to make an estimate on the people in the courses, I'd say young parents between 25 and 45 make up the main group," he said. Stephan Lay fits that demographic. The 34-year-old has found more than 970 caches in about five years and recently has been taking his four-year-old son and three-year-old daughter out with him. For them, geocaching is about not falling into a routine of always going to the same places.

"People go for their walks on Sundays and always go to the same places," he said. "You know the immediate area, but extend that by a few kilometers and you don't know every tree, corner or rundown building. Sometimes you're amazed by how nice it is right where you live."

Geocaching gives people a unique perspective on far-away places as well. Thy said geocaching coordinates always make it into his luggage when he goes on vacation.

"There is all the stuff you read about in the guidebooks, but on a lot of local geocachers put caches at places they think are interesting but wouldn't warrant a mention in a guidebook," he said. "We have seen some places that where we would otherwise not have gone."

While most of the caches are easily accessible on foot, some require climbing equipment or even diving gear to reach.

"There seems to be no limit to the creativity of people who hide these things disguised as an everyday object," Thy added. "Or to the people who choose to walk around with hundreds of euros in electronic equipment looking for a plastic box in the woods."

Galileo space navigation system to be ready in 2014

After much delay, the European Commission has awarded contracts for work to start on building the highly-anticipated Galileo space navigation system. The first 14 satellites will be built by a German company. (07.01.2010)

Although very little remains of the Berlin Wall, a new government Web site details where visitors can find parts of the despised Cold War barrier and many other remnants of the city's divided past. (16.07.2005)

Due to advances in Global Positioning System technology, people the world over are “Geocaching” – high-tech hide and seek with the help of GPS devices. DW-WORLD had a go at a game that is now catching on in Germany. (27.08.2002)

Find the coordinates for geocaches worldwide.

A popular site for geocachers in Germany.