Popular mobile messenger WhatsApp has joined the fray of allowing users to place in-app calls. It's the latest development in a broader shift toward Internet-based services and away from conventional tariff models. 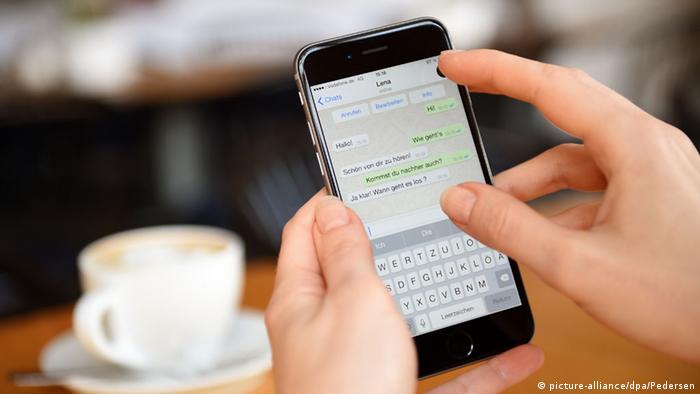 It didn't take long for mobile messaging apps to overtake traditional SMS in message traffic - a few years at most. But when they did, they left their predecessors in their dust.

After WhatsApp was launched in 2011, it began a rapid ascent to its current status as the most widely used mobile messaging service in the world. Already it boasts some 700 million active monthly users.

Now WhatsApp has introduced a function allowing users to make in-app phone calls over the Internet rather than relying on cellular networks.

It is the latest development in a shifting industry that threatens to realign telecommunication companies' revenue sources from phone calls and SMS to mobile Internet data plans.

With crisp sound, a solid connection and WhatsApp's massive market share, the company is well positioned to become the industry standard for voice calls. For now, the new feature is only available on Android devices, although the company's co-founder said recently that iPhone users could expect an iOS upgrade in a "couple weeks."

WhatsApp's rapid ascent to the mobile messenger of choice for hundreds of millions of monthly users already has telecommunication companies rethinking their future strategies. When mobile networks were launched more than a decade ago, they made all their money by charging customers for cell phone minutes and SMS.

Today it's a much different story.

"When the network started it was all about minutes and texts," James Rivington, a senior editor at TechRadar, said after being reached by conventional landline telephone. "Suddenly data is the only thing that matters."

The messaging service's frenetic rise was illustrated in a recent chart from the Economist that showed how WhatsApp had soared past standard text messages in popularity.

A surge in mobile messaging apps has been evident for a while and the addition of the new feature brings WhatsApp up to speed with other industry heavyweights such as Skype, Apple, Viber and WeChat.

The option of making phone calls over the Internet also underscores a broader overlap that has become apparent in the development of popular social media apps.

When platforms such as Instagram and Snapchat were first introduced, their functions were limited. Instagram was for photo sharing and Snapchat offered user a novel way to communicate before their "conversation" self-destructed. Now more people are using Instagram for sending private two-way messages and Snapchat has also added text chat and video calls.

The same kind of cross-effect is happening in the realm of traditional messaging as well.

WhatsApp launched in 2009 as a one-on-one or group messaging service. Some four years later, its developers coded in a voice messaging feature, allowing users to communicate walkie-talkie style.

WhatsApp's big break came in February 2014, when Facebook acquired it for a staggering $21.8 billion. At the time, many wondered whether the social media giant had ponied up too much for the mobile messaging app. But now, with one billion installations on Android alone and more than 700 million monthly active users, that decision just seems prescient.