67 minutes in memory of Nelson Mandela

Millions of South Africans have marked the first Mandela Day since the death of the freedom icon last December. Every year on Mandela's birthday citizens are called on to devote 67 minutes to community service. 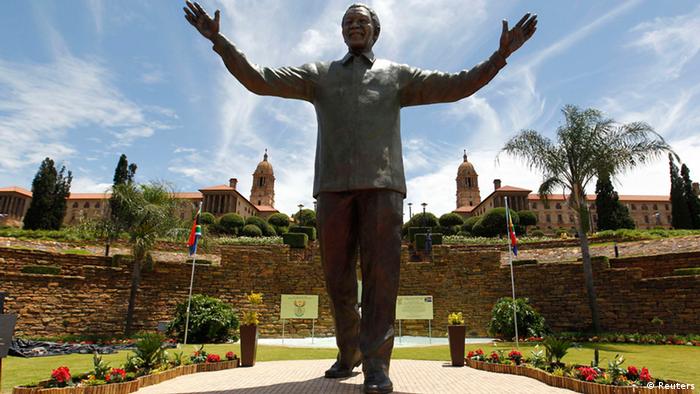 Each year on 18 July, millions of South Africans are called on to spend 67 minutes working for the good of others. The duration symbolizes the 67 years that the late Nelson Mandela spent fighting for social justice.

In 2009, the United Nations General Assembly unanimously endorsed the recognition of Mandela's birthday as an international day. This was inspired by Mandela's call, made a year earlier, for the next generation to take over the baton of leadership in addressing the world's social injustices.

Mandela Day 2014 is the first since the freedom icon succumbed to a recurring lung infection on 5 December 2013. Seven months later, people turned out in droves to pay tribute to his memory. 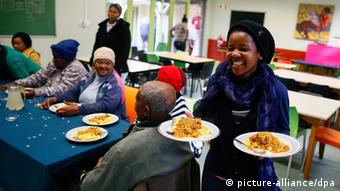 Organizations and individuals donated books to libraries and local schools. Others assisted poor families in various impoverished townships of Johannesburg, for example by planting vegetable gardens as a form of food security. Residents of homes for the elderly and orphans were also treated to special meals.

This year the government issued a special call to people to use Mandela Day to "clean up South Africa." Litter was collected and many streets, clinics and schools were treated to a facelift.

Sello Hatang, the Chief Executive Officer at the Nelson Mandela Foundation, an organisation formed by Mandela to safeguard his legacy, said people not only in South Africa have joined in to make this the best Mandela Day so far. "We have 126 countries doing something for Mandela Day this year," he said.

Panyaza Lesufi, a member of the executive council responsible for education in Gauteng province, said this year's commemorations focused on fulfilling Mandela's vision of education for all. "We believe that it is only through education that we can break the shackles of poverty," he told DW. 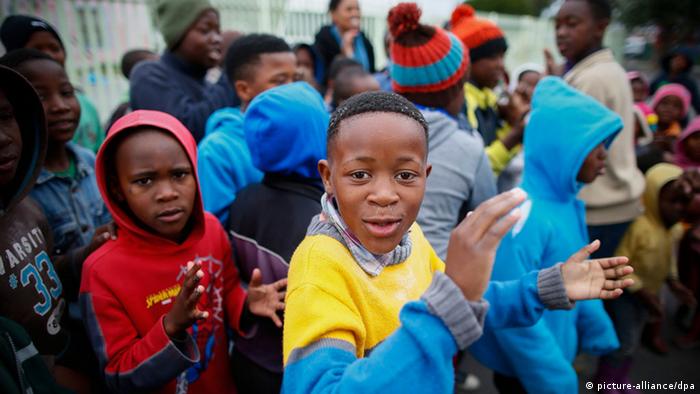 For Yusuf Bhamjee, the mayor of Umgungundlovu District Municipality in Kwazulu Natal, where the 2014 Nelson Mandela Marathon will be held on 31 August, the theme of the marathon “The triumph of the human spirit,” sums up what it is all about.

Ahmed Kathrada was imprisoned together with Mandela on Robben Island. He had a special message for the young generation. "If under adverse conditions, people were able to study and get degrees, now the doors are open to everybody to study. While they play, they should take full advantage of that so that they can serve themselves, their parents and their country."

For Nelson Mandela's family, it was a moving experience seeing so many people using the day to honor his memory. For granddaughter Ndileka, "it is still very hard for us as a family but it is important that his work continue and it is important that it is done on the first anniversary that we will be spending without Granddad."

On its website, the Nelson Mandela foundation writes that Mandela Day "is not about symbolic gestures. It is not about one day of generosity and then back to the normal routine. Instead, Mandela Day is a campaign to build cultures of service. To encourage people to take responsibility for making the world a better place for all."

Three acts, two composers, many genres - the "Mandela Trilogy" uses music and song to dramatize the extraordinary life of South African icon Nelson Mandela. The work was given its German premiere early June. (06.06.2014)

The new South Africa is 20 years old. The problems it faces are enormous, but there is still plenty to celebrate, writes Daniel Pelz. (25.04.2014)

South Africa has unveiled a massive statue of anti-apartheid hero and former president Nelson Mandela, who died on December 5. The inauguration coincided with the country's Day of Reconciliation. (16.12.2013)