A century ago, an exhibition in Cologne rattled the art world with daring art and a new approach. Now the show that defined the modern art exhibition and broke from German tradition can be seen in its original form. 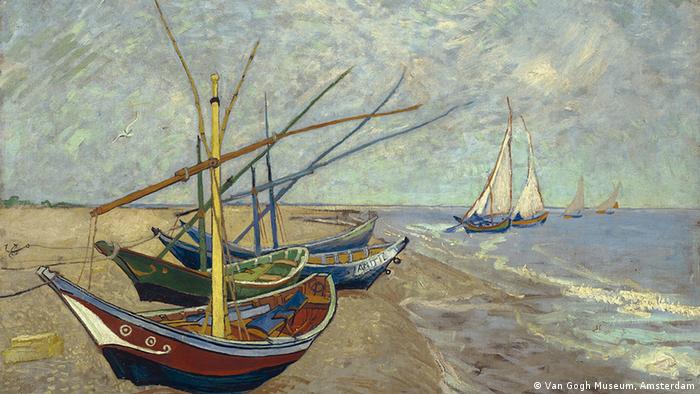 Approximately 860,000 visitors recently streamed through dOCUMENTA (13), a record for the massive contemporary art fair. Since 1955, the exhibition has aimed to show the best of what the contemporary art scene has to offer. A hundred years ago, the creators of the Sonderbund exhibition in Cologne had the same goal: to document "the most disputed paintings of our time" and to propel "modernism to a breakthrough point." 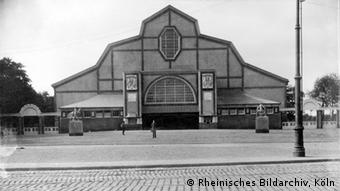 The site of the 1912 exhibition near Cologne's Aachener gate

The organizers, a club made up of artists, collectors, curators and art dealers, had a keen sense of marketing. They enticed the public by promising European style and the fathers of the avant-garde. The Sonderbund exhibition became the most important presentation of European modernism in Germany prior to World War I.

Today, the Sonderbund exhibition is considered a precursor to dOCUMENTA. And not only that - many art historians regard the Cologne show as the first example of a truly modern exhibition and the beginning of a new era in art shows. Little surprise, then, that this tremendously successful display is being revived on its 100th anniversary. Of the 650 or so paintings that comprised the original exhibition, the Wallraf-Richartz Museum will bring together 120 in a revived exhibition called "1912 - Mission Modernity."

"What the organizers achieved in 1912 was the first survey of modernism, and at the same time, its manifestation in Germany," said curator Barbar Schaefer, who has been working meticulously on the exhibition for years.

"The Sonderbund show is considered to be a prototype for today's art exhibitions, and meant to encourage a comparative experience. Therein lies its greatest significance as the first - and therefore perhaps most important - model for exhibitions that considered art history," said Schaefer. 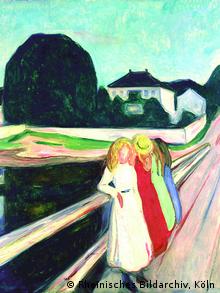 "Four girls on a Bridge" by Edvard Munch

While the show was a sensation at that time, it had little success. The visitors, apparently, just weren't ready yet. "The public was somewhat confused as to all those contortions and distortions, they couldn't find any meaning," noted Hermann von Wedderkpop, author of the catalogue for the original exhibition. A contemporary reporter was convinced that "the paintings rightfully belong to the private collection of a neurologist or a shrink."

Conservative taste in the Rhineland

The wild contortions and distortions on display were works by Vincent van Gogh and Paul Cézanne, Pablo Picasso and Wassily Kandinsky, August Macke and Emile Nolde. Today, most of these artists are firmly established figures in the canon of modern art. Things were strikingly different in 1912, though. The cultural climate in the German empire precluded the widespread acceptance of anything deemed "different," with artistic taste still rooted in the 19th century. To show the Sonderbund paintings and sculptures in imperial Berlin would have been unthinkable.

The Rhineland, however, with its abundance of collectors, proximity to France, and industrial, ambitious attitude, appeared to serve well as a location for the show. Even there its reception was dominated by harsh criticism and misunderstandings, though. At the opening, the local paper speculated that the paintings would have to be protected from the crowd's rage to avoid a kind of artistic "lynching." 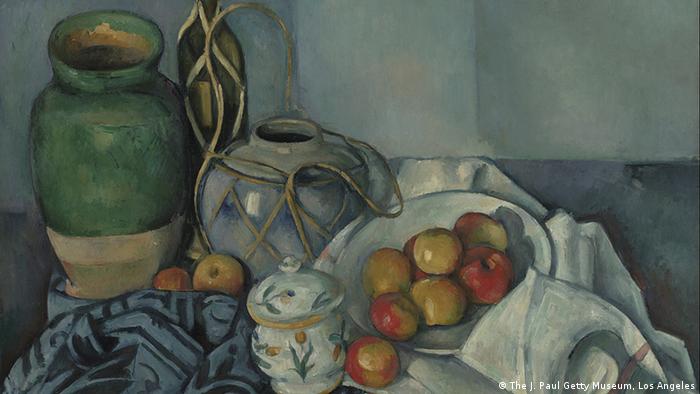 The impact the works from neighboring countries was having on German art - consciously drawn out by the curators - stirred discussion.

"The Sonderbund exhibition was not only a mindful demonstration of fruitful artistic influences from other countries, but also proved how truly international the young German modernists were," explained Schaefer.

Vincent van Gogh, who had over 100 works in the exhibition, served as the fulcrum, along with French artists Paul Cézanne, Maurice Denis and Paul Signac. In addition, then relatively unknown artists like Pablo Picasso and Wassily Kandinsky popped up. 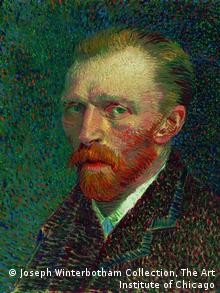 The disintegration of form, the odd presentation of humanity and the manipulation of color were all unsettling to a majority of the visitors. All those artistic techniques that tend to enchant rather than confuse today were, at least at that time, like an irritant in the eyes of the 1912 beholders.

The exhibitors went their own way 100 years ago - but not only with the choice of artists presented.

"Turning away from the standard commercial exhibitions was new at that time, as was the placement of paintings on white walls and the comprehensive marketing strategy," said Schaefer. Before 1912 it was common for pictures to be placed closed together, directly above or even right next to each other. All of that changed with the Sonderbund exhibition. It was nothing less than a "farewell to the displays of private collections in the 19th century that lacked a conceptual framework."

While they may seem self-explanatory today, catalogs and guides, brochures, a room with refreshments, marketing and posters all began with the Sonderbund.

The exhibition was noted in the US as well, and in 1913 an American artists' association put on a very similar show in New York. Modern art exhibitions thus began their inexorable march in the New World. And in Europe? "The Sonderbund had an effect on the art market that could only be compared to the Documenta 1 in Kassel 43 years later," said art historians Bernd Klüser and Bernadette Hegewich. 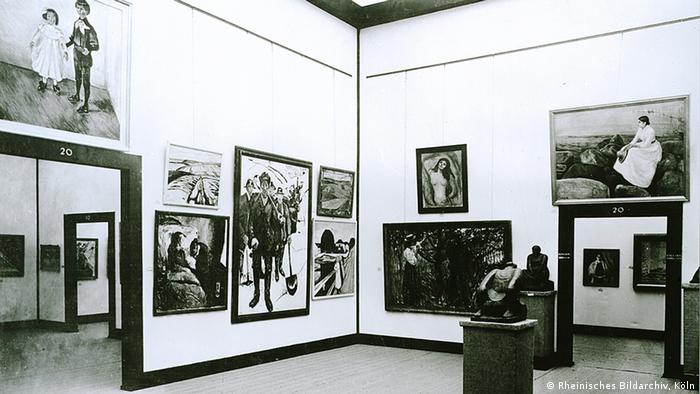 A look inside the exhibition with its innovative use of space

With very few exceptions, subsequent art shows never developed the same kind of draw. In spite of formidable numbers of visitors, large art displays like the dOCUMENTA do not elicit the same kind of reactions anymore - except via impassioned debates in art columns. Viewers have perhaps become inoculated to radical art and the avant-garde has slipped toward the commercial.

"In our time, mankind lives in a world of overstimulation, one that unceasingly demands new impressions," said Barbara Schaefer. "That shouldn't be a reason for works of art to be incapable of unsettling."

The current exhibition in Cologne should be better received than the original. Even if the modern shock which shook visitors to the core 100 years ago can't be emulated, visitors can still realize that a signal was sent out from Germany at the time that shook the art world - at least until the outbreak of World War I.

Since everything is art and art is everything, this year's dOCUMENTA was particularly inclusive. But did the curator's inexplicable concept work? Most likely - but art lovers are hoping for something different next time. (17.09.2012)

Why do some people rebel? And why can outsiders and eccentrics be found in every culture? A new exhibition "Fools. Artists. Saints. Masters of Chaos" at the Bundeskunsthalle in Bonn has some answers. (11.09.2012)