Right to Information laws: Where do we stand?

Each year, a UN forum assesses the status of SDG implementation. In 2019, it will look for the first time at SDG target 16.10: access to information. Many countries adopted the respective laws, but are they applied? 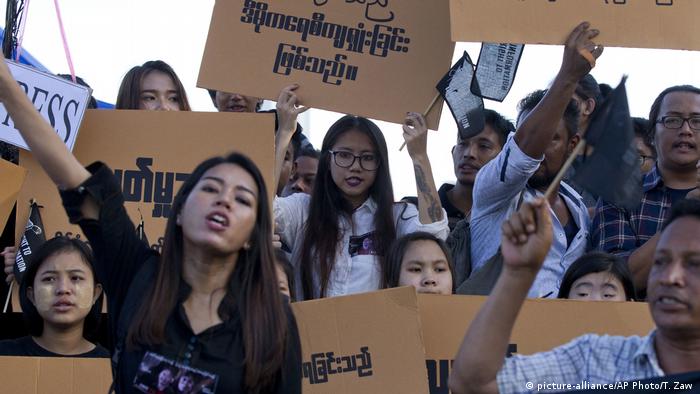 Protesters demand an end to Right to Information limitations in Myanmar

In India, citizens want better roads, in Sri Lanka, they denounce non-existent public works, in Indonesia, they're cracking down illegal logging: In many countries, Right to Information laws (RTI laws) allow citizens to gain access to public information and, as a result, to take action.

Public access to information is an important driver of sustainable development. Accurate facts and figures are needed to ensure education for all, to foster inclusive economic progress, or to better protect the environment. Therefore, the right to access information has been included in the United Nation's 2030 Agenda as target 16.10 of the Sustainable Development Goals (SDGs), highlighting its significance for positive change and a better future for all.

Each year in July, progress on the 2030 Agenda is reviewed at the UN High Level Political Forum. The forum brings together representatives from national governments, the UN, civil society, NGOs, and the private sector. In 2019, SDG 16 (Peace, justice and strong institutions) is among the six goals selected for review, with 16.10 as one of the probed targets. 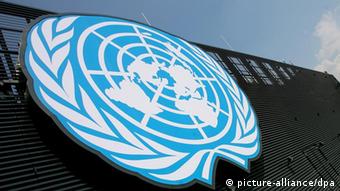 Adopting an RTI law is an important first step for governments implementing SDG target 16.10. Such laws make sure people can access information held by government bodies, often requesting authorities to have specific public officials and working procedures in place. So far, RTI legislation has been adopted by 127 countries. In many places, however, a lack of implementation can be observed. As a consequence, the potential of RTI laws for inclusive development and good governance remains untapped in a majority of countries across the globe.

This is, in part, due to a knowledge gap among both authorities and the broader public: On the one hand, lack of infrastructure and insufficient political will are the main obstacles of RTI law implementation, complicated further by persistent cultures of secrecy within public authorities. On the other hand, citizens and other stakeholders are often unaware of the legislation's significance. Also, there is a lack of knowledge about the procedures in place that allow data requests from government bodies.

In order to ensure that the right to access public information can be exercised by the people, RTI laws have to be implemented in full. Here, training of public officials to handle RTI requests and raising awareness among citizens are key.

The knowledge gap can be addressed by allocating appropriate resources to those who deal with RTI requests in public institutions. Nominating dedicated public information officers and training them accordingly play an integral part in this regard. Strong advocacy and, more generally, broad data collection on RTI law implementation are also needed. 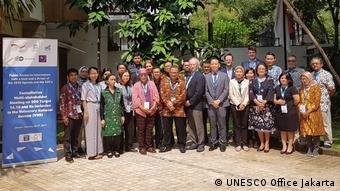 Participants of a meeting on SDG Target 16.10 in Indonesia

In some countries, online presence of public bodies is outdated or non-existent. Sometimes, information officers are in place, but guidelines and mechanisms to process RTI requests are not fully developed, or a lack of training hampers the further implementation of an RTI law. In one country, public institutions have over the years become simply more reluctant to grant information to citizens. These or other factors lead to an incomplete implementation of laws that have actually been adopted many years ago.

The consultative multi-stakeholder meetings were organized by DW Akademie, Free Press Unlimited, the Centre for Law and Democracy, and the Global Forum for Media Development, together with local partners from the respective countries. A report will be channeled into the SDG review process of the UN High Level Political Forum that is due this summer. In September, the UN General Assembly will further examine the current status of SDG implementation and reaffirm commitments.

Strong RTI laws not only empower citizens from the bottom up and provide state actors with a significant tool to engage with their public. It also generates positive results with regard to the overall achievement of the 2030 Agenda. The current state of implementation in many places might not be perfect, but countries have an excellent opportunity to improve it profoundly in the years to come – with a relatively low amount of resources.

With eleven years to go until 2030, the sooner the right to information becomes an integral part of the national and international development dialogue, the quicker it can be leveraged to maximize sustainable development efforts.

DW Akademie brings together partners active in five countries to discuss the challenges of accessing information. The project is being run on the basis of the UN's global development agenda. (01.08.2019)

In 1766, Sweden became the first country to legally require authorities to provide public access to information. By adopting the UN's new sustainable development agenda, the rest of the world is finally about to follow. (24.09.2015)

Alongside other basic rights, the United Nations has included the right to access information as part of their Sustainable Development Goals. A historic step for media development? (28.09.2015)