DW Akademie supports the establishment of information services and feedback systems in refugee camps and fosters dialogue between displaced people and host communities. 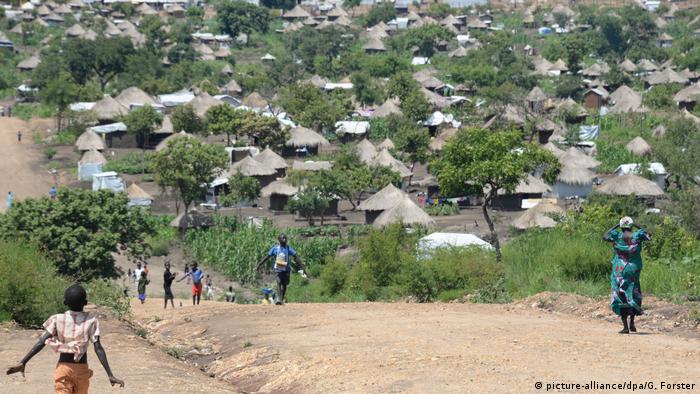 Displacement and migration are among the world's most pressing issues. According to UNHCR, in 2019 there were 79.5 million refugees, internally displaced persons and asylum seekers worldwide. More than one in a hundred people worldwide was affected. Forty percent of all refugees are children under the age of 18. In the past ten years, the number of people affected has almost doubled.

Almost 60 percent do not cross national borders but are displaced within their own country. Eighty-five percent of those who do leave flee to neighboring developing countries. Reasons for both flight and displacement include conflict, natural disasters, poverty, inequality and discrimination. These are global problems that require joint action by the world community – for example, by combating climate change, creating a fairer economic order, and protecting refugees and displaced persons.

Some 6.3 million refugees and 13.7 million internally displaced persons (IDPs) live in sub-Saharan Africa. In some of the affected border areas close to trouble spots in East Africa, the flow of refugees has triggered tensions and conflicts inside the host countries. Rumors, misinformation and deliberately disseminated disinformation can contribute to the escalation of situations like these. The "Refugees and Migration in Africa" project supports those affected – refugees, internally displaced persons and members of the host community – in exercising their human right to freedom of expression and access to information. Reliable information is often essential for survival, especially in times of great uncertainty.

In order to directly provide refugees with relevant information and to give them more opportunities to participate in social dialogue, information and communication services are being set up near refugee camps. These services also promote a dialogue between refugees, those remaining in their home country, and members of the host community.

Since the beginning of 2020, for example, refugees supported by FilmAid Kenya, a non-profit humanitarian organization, have produced the audio program "Sikika" which is distributed via listening groups in Kakuma, a Kenyan refugee camp. In western Tanzania, the radio station Kwizera produces a bi-week program that promotes mutual understanding between refugees and their Tanzanian neighbors. And in the border region of South Sudan and northern Uganda, some 20 radio stations in the "Cross-Border Network" exchange information in order to check rumors and counteract hate speech. DW Akademie works closely with these and other African partner organizations.

DW Akademie also cooperates with international organizations to strengthen the dialogue between humanitarian associations and those affected by displacement or other crises and to improve the living conditions of those affected and increase the efficiency of aid programs.

Information saves lives, and not just during a pandemic. More than 80 million people have been displaced worldwide and crucial information needs to reach them, too. But how? Share ideas at DW Akademie's virtual barcamp.

The number of people affected by displacement has been growing for decades – so has their need for information. Assessments in Ethiopia, Kenya and Tanzania show that this need is very different depending on the location.

Behind the scenes of the refugee studies "No newspapers here"

For refugees, getting information is not easy. DW Akademie recently published three studies on the information needs of refugees and host communities in East Africa. Meet the researchers Lucy Munyi and Elijah Makau.