Media development from a new angle

How do media development experts go about their work? How do they understand the challenges within their own sector? Seeking answers to these questions, researchers talked to a range of people working in the sector. 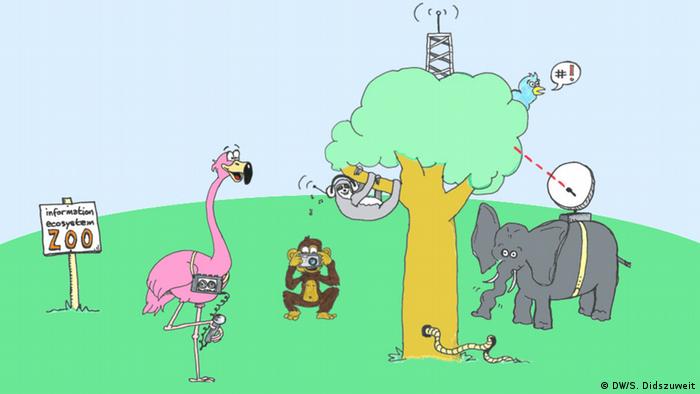 For the EU-funded project "Media, Conflict, and Democratisation", researchers conducted interviews with 19 media development workers both in Europe and in emerging democracies. Here are five insights from the interviews:

Ever heard of the phrase "kill your darlings"? The literary advice means writers should be prepared to cut favorite sentences and much-loved passages if it improves the story.

It seems media development has also found the strength to kill one of its darlings: the training workshop. This format, which took individual journalists out of their newsrooms to be taught by external trainers, was the gold standard of media development for a long time. The times of flying trainers in and out seem to be over though.

Ranking higher on the agenda are long-term mentoring or continuing dialogue – formats which consider journalists in context of their newsroom structures and in relation to their sources. Apparently, media development experts are trying to approach their field from a more holistic point of view. "Media ecologies" and "information eco-systems" have become standard lingo. In fact, after successfully lobbying for "access to information" to be included in the United Nation's Sustainable Development Goals, it is inevitable that media development is now thinking bigger – and including the perspectives of the end-users and considering their individual well-being.

2. Media development experts have generally embraced the ideal of participation but monitoring and evaluation (m+e) still needs to catch up.

From a scientific point of view, the changes in media development practice to see media as part of an information eco-system could even point to a new paradigm – the paradigm of participation. Conceptually, social change is no longer regarded as a linear process in which media are promotional instruments. Instead, active participation in communication is recognized in its own right against the background of local culture and identities. 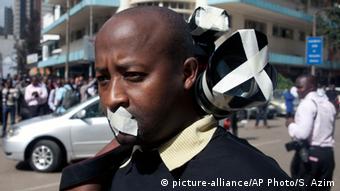 A basic feature of a democratic society is a public discourse

When it comes to m+e activities, however, the picture looks different. Here, media development experts are suddenly keen on proving change. Quantifiable impact is in high demand, both with funders who need to account for tax money and with implementers who have to please funders.

Before this dynamic turns into heedless action, it seems worthwhile to ask: Isn't learning the whole point of m+e? Does it make sense to focus on quantitative, short-term results as a measure of success while the outcome of media development is a multi-factorial, qualitative and long-term process?

The broadened perspective of contemporary media development involves a multiplicity of public communicators. Civil society organizations, for example, specialized in freedom of speech or access to information, have become popular addressees. Of course, these media-related organizations are easy partners because they share media development actors' democratic values.

However, a basic feature of a democratic society is a diverse public discourse with a plurality of voices. Against this backdrop it makes sense to recall that support only for certain groups within civil society can distort the "market of opinions". Having a diverse spectrum of opinions in the public sphere may require working up the courage to embrace civil society partners that are more controversial but otherwise muted.

4. Media development experts worry about attracting criticism if they involve political actors in their projects. Strong media, however, relies on strong states.

Formats which bring journalists together with politicians or lawyers have become fairly common in contemporary media development. Yet, for some media development experts, this causes a feeling of unease: they view the media and the state as antagonistic and fear losing credibility when both are involved.

5. Media development experts do reflect on their work as a potentially harmful endeavor. Pre-action analyzes can help ensure it isn't.

Many media development experts are aware that certain interventions can be counter-productive or even harmful, for example, by causing market distortion or endangering journalists through their participation in media development projects.

Understanding local conditions is crucial for making informed decisions about how to design activities that don't cause harm. That's why both funders and implementers would do well to insist on allowance for pre-action analyzes in project proposals.

Ines Drefs is a Research Associate with the EU-project “Media, Conflict and Democratisation” (MeCoDEM) at the Institute for Media Studies, Ruhr-University in Bochum, Germany, and a member of the Graduate School Media and Communication at University of Hamburg, Germany.

Barbara Thomass is Professor for International Comparison of Media Systems at the Institute for Media Studies, Ruhr-University in Bochum, Germany. She leads the work package “Impact and Dissemination” in the EU-project “Media, Conflict and Democratisation” (MeCoDEM). She is also member of the Board of the ZDF and chairwoman of the Akademie für Publizistik.