This month's highlights include several programs to mark the 30th anniversary of German reunification, a documentary examining the use of torture as an interrogation method and a reportage on police violence in Kenya. 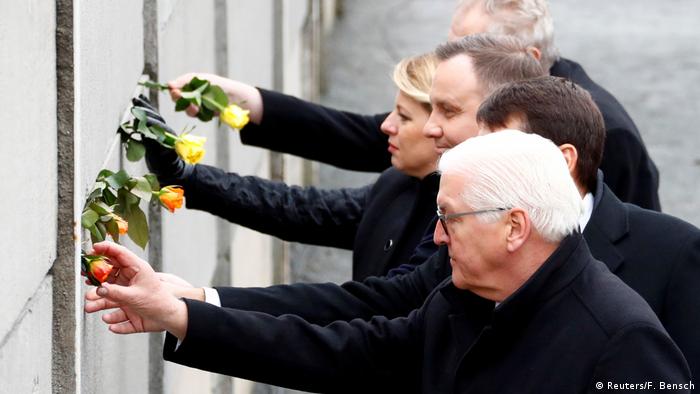 On October 3, DW will broadcast several programs to mark the 30th anniversary of German reunification, including: The documentary The Two plus Four Talks – Negotiating German Unity which reveals the dramatic aspects of negotiations over the Two Plus Four Agreement – a treaty that set a political course with contemporary resonance. The film takes a look behind the scenes of the crucial talks 30 years ago – with archive footage, historic documents and largely unknown files from the American intelligence agency the CIA. 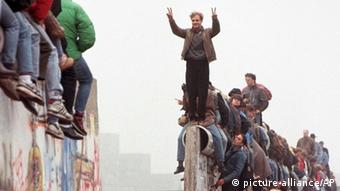 Opening of the Berlin Wall at Potsdamer Platz, 1989

In the TV magazine Euromaxx, well-known figures from the world of culture reveal how the reunification impacted their lives and work. Their reports feature a variety of locations in Berlin such as Potsdamer Platz, now a symbol of the transformation of the German capital following the peaceful revolution. The show also presents some of East Germany’s culinary and creative accomplishments that have survived to this day.

This year’s official ceremony marking German Unity Day will take place in Potsdam. Check-in presenter Nicole Frölich takes the opportunity to visit places in the Branden­burg state capital that are closely associated with the division and eventual reunification of Germany such as the Glienicke Bridge where captured agents were often swapped for their counterparts. 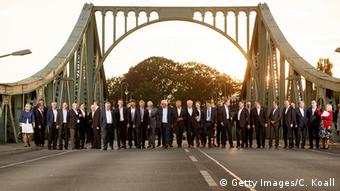 Then German Foreign Minister Frank-Walter Steinmeier together with his counterparts at the Glienicker Bridge during a conference of OSCE members states, 2016.

DW will also broadcast the two-part documentary Germany and the Cold War. Divided Germany was at the heart of that geopolitical struggle for more than four decades. Split by the Iron Curtain, this was where the two world powers of the time, the USA and the USSR, faced off. Simmering tensions threatened to escalate with consequences that would have been devastating. This threat became a per­petual fact of life for all Germans, not just political and military figures. How did the conflict affect lives on both sides of the Iron Curtain? 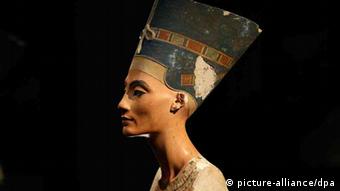 The Nefertiti bust at the Neues Museum in Berlin

Nefertiti is regarded as the most powerful and charismatic female figure of the ancient world. In 1912, an expedition found the life-sized bust of the queen in the ruins of Tell el-Amarna. But her story continues to mystify: how did the mother-of-six die and why has her mummy never been found? More than 100 years later, experts attempt to find the missing pieces of the puzzle. Watch the the documentary The Nefertiti Phenomenon, starting October 9.

Hurting for the Truth

The U.S. has been using torture as an interrogation method in the "War on Terror" since 9/11. Less known is that shortly after World War II, the CIA began carrying out scientific research on torture methods in cooperation with doctors. 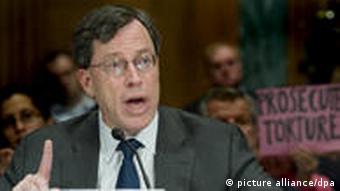 With the help of prestigious universities and the support of various governments, psychiatric experiments were carried out – often on completely unsuspecting patients. Contemporary psychological interrogation techniques are based on the outcomes of these studies, for example torture through sensory deprivation which unlike physical violence, leaves no visible traces. The documentary No one shall be subjected to torture! examines the history of torture in the U.S. and application of those techniques in Afghanistan, Iraq and also on U.S. soil. 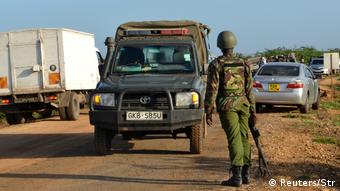 Who do you turn to when you need protection from the police? To Kenyans, police harassment, impunity, brutality and extra-judicial killings are unfortunately the norm. In Kenya's poorer inner-city neighborhoods, young men often bear the brunt of this. During times of enhanced policing – like the coronavirus pandemic or during elections – violence often flares up. Not wearing a mask or breaching the evening curfew could get you arrested or even killed. In The 77 Percent, Edith Kimani speaks with victims of police brutality, police officers and local militias.