Auschwitz's Facebook page is a smart choice for teaching young people about the Holocaust, say Deutsche Welle readers. The popularity of the platform among young people means it reaches a vital demographic. 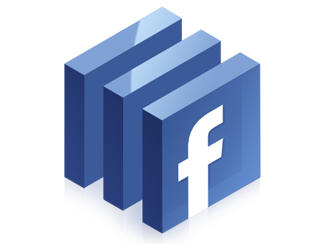 These social networking sites reach more people each day than the news. Especially when people are now denying that the Holocaust ever happened. The millions who lost their lives in these death camps continue to need a voice; these sites can give them a strong voice that will be heard by millions each day. -- Sharron Foster, US

As a child I lived in Germany for three years. My father was in the Army. We went to the Dachau camp. I will never forget the smell of the ovens, the feeling of terror in the "shower house" or the silent sorrow everywhere. Even at the young age of eleven I learned about the evil that lives in the hearts of some and the strength of will to survive of others. I am so glad to see this forum here. We need to educate the young wherever they are and right now they are on Facebook. -- Conni Owensby, US

We need to talk about what happened. The young people of today need to be educated about the concentration camps of World War II. If we forget then it will happen again. -- Margaret Hallroan, Great Britain

It's a wonderful idea to have Auschwitz on Facebook, as many young people, who don't seem to really know about it, will understand and learn for the future. -- Carol Zukor, Great Britain

This is a brilliant idea to make people aware of what happened during that dreadful time. Facebook is used by millions world wide. My husband and I visited Auschwitz some years ago. We both found it hard to take on board the scale of Birkenau, it was so big, it wasn't difficult to imagine the misery that everyone suffered. Auschwitz and Birkenau have been very well preserved and no-one should ever forget the suffering of those imprisoned there. -- Trish Paterson, Great Britain

What a fantastic idea having this on Facebook. Such a tragic, tragic time in history, it needs to be remembered not only for what occurred, but remembered forever so that it may never, ever be repeated. This is a good learning opportunity for future generations. People need to be more understanding, tolerant and accepting of others. We all only have one life and one time to live in and we must not take it for granted. -- Jennifer, Australia

What's inappropriate about the Holocaust is that it happened at all. I think everyone should be aware, so that it serves as a constant reminder of how cruel the human race can be. -- Heather, US

I think every human being, should be aware of the terrible things that happened at the camps, it should be a lesson to us all. Although it breaks my heart to say it, many people will still not learn from this. But we must not give up hope as hope helped the people who suffered at that terrible time in our history. -- Carol Maynard, Great Britain