US, UK accuse Russia of interfering in OPCW Douma investigation

Russia has been accused of obstructing an investigation into alleged chemical weapons use in Syria. Moscow fired back, saying a team from the OPCW were expected to arrive in Douma on Wednesday. 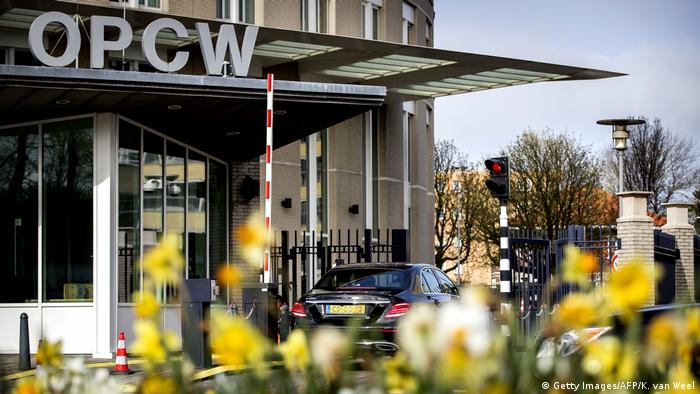 The Organization for the Prohibition of Chemical Weapons (OPCW) held a closed-door session on Monday morning in the Hague, which it had called after the alleged chemical gas attack in Douma, Syria, on April 7. The meeting is also the OPCW's first since the retaliatory airstrikes by the UK, France and US on Saturday that targeted suspected chemical weapons sites in Syria.

Russia came under fire at the session for alleged meddling at the Douma attack site. An OPCW fact-finding mission from the chemical weapons watchdog is currently on the ground there investigating the alleged use a poisonous gas on civilians by forces of Syrian President Bashar Assad.

The Assad government and its ally Russia have repeatedly called the gas allegations lies and said the attack was staged to justify military action.

In a tweet from the closed-door session, the UK delegation to the OPCW said that Syria and Russia have impeded OPCW investigators' access to Douma.

The official government statement given by the head of the British delegation, Peter Wilson, also claimed long-term Russian obstructionism, arguing that Moscow has repeatedly vetoed UN resolutions related to chemical weapons and investigations into suspected attacks.

In the closed-door session, US Ambassador Kenneth Ward also accused Russia of tampering with evidence in Douma.

"It is our understanding the Russians may have visited the attack site. It is our concern that they may have tampered with it with the intent of thwarting the efforts of the OPCW Fact-Finding Mission to conduct an effective investigation," Ward told Reuters.

The UK, US and France, which led the airstrikes, have said that all evidence they have obtained thus far from open sources points to the use of the banned weapons. 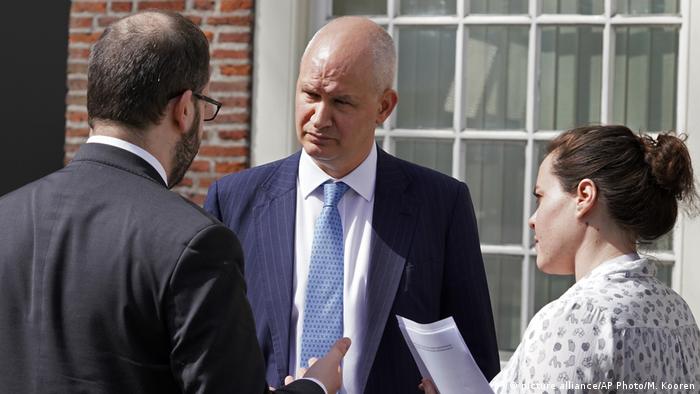 Britain's Wilson had sharp words for Russia while in the Hague

The French representative to the OPCW, Phillipe Lalliot, told the group on Monday that "[they] all know" Syria has maintained a secret chemical program since 2013. Syria joined the organization that year, following a deadly sarin gas attack on civilians in Ghouta. The government agreed to the destruction of its chemical weapons stockpiles, though some have questioned whether this was fully completed.

Lalliot also said that the technical team must be supported so it can completely dismantle Syria's "secret" weapons program. 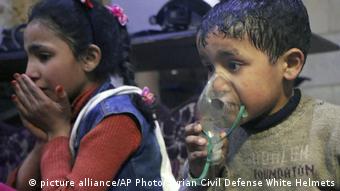 Wilson also had critical words for the OPCW itself as he called for the Executive Council members to hold Syria responsible.

"The time has come for all members of this Executive Council to take a stand. Too many duck the responsibility that comes with being a member of this council," he said. "Failure to act to hold perpetrators to account will only risk further barbaric use of chemical weapons, in Syria and beyond."

Russia fires back at the US

Russia, which found itself accused of persistently obstructing chemical weapons investigators work, fired back at its critics.

Russian Deputy Foreign Minister Sergei Ryabkov denied that Russia was blocking the OPCW fact-finding mission in Douma, saying that the investigators had not been allowed in because they lacked the necessary UN security permit.

Additionally, the Russian Embassy in the Hague tweeted that the US "tries to undermine the credibility" of the OPCW mission in Syria. Russia also said it "confirms its commitment to ensure safe (sic) and security of the mission and will not interfere in its work."

A senior Russian official said after the meeting the OPCW experts were expected to arrive in Douma on Wednesday.

"Tomorrow [Tuesday] the security services of the United Nations ... will test the routes. And on Wednesday is when we plan the arrival of the OPCW experts," Russian Defense Ministry official Igor Kirillov said at a news conference at the Russian embassy in the Hague. He said routes into Douma were still being cleared of mines.

Moscow condemned the US, UK and France for ordering airstrikes before the OPCW investigation could be carried out.

Relations between the UK and Russia also remain particularly strained over the fallout from the Skripal poisining case, in which the OPCW confirmed that a Soviet-developed nerve agent Novichok had been used, a finding that Moscow has contested.

Representatives from the 41 members of the OPCW's Executive Council were not expected to reach any agreement about a response. The organization needs a two-thirds majority to make any decisions.

Syria said on Monday that it was "fully ready to cooperate" with the OPCW's investigation.