The National Meteorological Service reports that April 2018 was the warmest April in the recorded history of German weather. Average temperatures were 5 degrees higher than during the comparison period from 1961 to 1990. 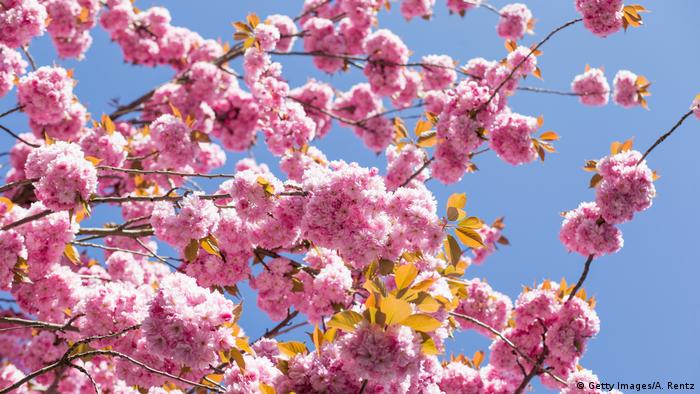 Read more: Extreme weather and us

"Anti-cyclones over Central Europe and Scandinavia kept the low-pressure fronts mostly away from Germany in April," the DWD announced.

"As a result, at the beginning of the month, temperatures were already predominantly springlike, from the second half even summery."

"On average, the month was the overall warmest April for Germany and many federal states since the beginning of continuous weather records in the year 1881."

Climate change: The warmest months have all been recorded in recent years, but you have to go way back for the coldest Aprils. Average temperatures of below 0 C were registered in 1917, 1929 and 1903. DWD spokesman Gerhard Lux attributed the discrepancy to the effects of climate change.

The hot spots: Bavaria soaked up most of the country's warmth, with a mean of 12.5 C and, tied with neighboring Baden-Württemberg for 250 hours of sunshine. Berlin was the warmest state overall, with an average temperature of 13.8 C.

The cooler areas: With temperatures averaging just 9.9 C, Schleswig-Holstein was Germany's coldest state. With about 165 hours, the western regions of Emsland, Münsterland, the Ruhr district and the Eifel were among the poorest in terms of sunshine.

About the DWD: Established in 1952 and now administered by Germany's Transport and Digital Infrastructure Ministry, the DWD is headquartered in Offenbach am Main and gathers statistics on weather and meteorological conditions.

Cool start: The summerlike conditions in April are set to take a break in May, with temperatures expected to drop to 2 C and ground frost in places.

Wine production drops, but there’s still enough to go round

Are you drinking more than your fair share of wine? There are fewer than five bottles produced globally per person each year. The flow has been stemmed somewhat by poor weather conditions in Europe. (25.04.2018)