Why Germany should be critical of Pakistan′s military leadership | Asia | An in-depth look at news from across the continent | DW | 22.06.2016

Why Germany should be critical of Pakistan's military leadership 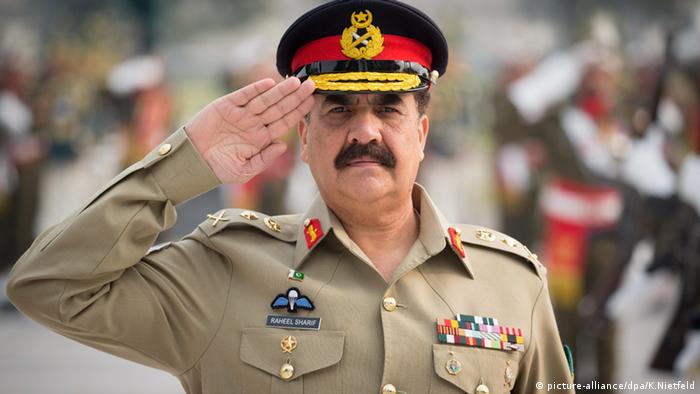 Pakistan's army chief General Raheel Sharif is probably the most powerful person in his country. The Islamic country's military has more influence on foreign affairs and security matters than the civilian government headed by Prime Minister Nawaz Sharif.

It is therefore understandable that the world powers tend to consult the South Asian nation's army leadership on a number of issues, ranging from defense and regional security to foreign policy.

The German appreciation of the Pakistani army comes at a time when Pakistani and international rights groups are accusing General Sharif of systematically undermining civilian rule in his country on the pretext of terrorism.

Activists also say the army is committing grave human rights violations in the restive Balochistan province and other parts of the country.

Pakistan's lack of cooperation on the Taliban issue has also been a cause of its deteriorating ties with the United States. Many US officials accuse Pakistan's security forces of supporting terrorist groups like the Haqqani Network and some factions of the Taliban to destabilize the Afghan government. 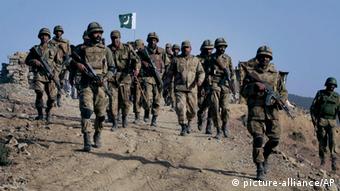 "Pakistan's difficulties in the US were the result of years of supporting 'jihadists' and making excuses that are having less and less effect on Americans. Moreover, Pakistan's dependence on US aid made it susceptible to changes in the US national mood and attitude," Hussain Haqqani, the former Pakistani ambassador to the US, said in a statement on Wednesday.

But General Asim Bajwa, director general of the ISPR, says in a DW interview that the ongoing military operation in the country's northwestern areas is targeting all militants, including the Haqqani Network.

"The military has no preferences. We are targeting terrorists from all groups," Bajwa told DW's Kishwar Mustafa in Berlin.

Bajwa says the criticism from the West that the Pakistani army is not "doing enough" against Islamists is "both regretful and unjustified."

"I would say that the international community has not done enough for us," Bajwa stated.

General Raheel Sharif also held an interactive session at Koerber Foundation, a think tank in Berlin. He told the participants that Pakistan was facing many security threats, and that the country's contribution toward ensuring peace and stability in the region should be acknowledged by the international community, according to the local Dawn newspaper.

General Sharif, in particular, talked about the ongoing military operation "Zarb-e-Azb" against the Islamic militants in the northwestern areas.

"The military crackdown is worthy of all the efforts. We have eliminated the terrorists from the area, and the people are very pleased with our efforts," ISPR head Bajwa stressed.

But rights organizations are critical of Pakistan's counterterrorism measures. One of the major concerns in a document released last year by the International Crisis Group (ICG) is related to the Pakistani military's continued dominance over the civilian administration.

The military enjoys more power in Pakistan than the civilian government

The ICG paper also advises PM Sharif to take matters into his own hands and democratize the anti-terrorism strategy "in order to replace an overly militarized response with a revamped, intelligence-guided counterterrorism strategy, led by civilian law enforcement agencies, particularly the police."

Prominent Pakistani rights activist Asma Jahangir recently accused the army of running a smear campaign against politicians and PM Sharif in an attempt to weaken his government so that the military keeps an upper hand over the civilian administration.

"Despite Pakistani efforts in fighting terrorism, the country's military and intelligence agencies are still following the traditional 'two-track policy,' which one can also describe as the 'state-sponsoring of terrorism,'" Brussels-based South Asian researcher Siegfried O. Wolf told DW.

Berlin should continue its cooperation with Islamabad, but must not compromise on human rights issues and Afghanistan's security, the expert noted.

"There should be cooperation, but not at all costs," he added.