Syrian Kurds take up anti-Assad struggle | World | Breaking news and perspectives from around the globe | DW | 04.11.2011

Kurdish activists are supporting the current uprising against Syrian President Bashar al-Assad, but fear that their people's demands for autonomy are going unanswered in the midst of the struggle. 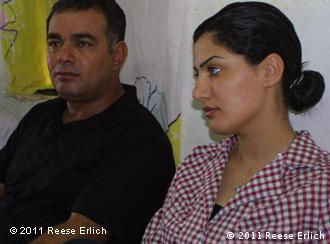 Balo and her father in the Moqebleh refugee

Barkhodan Balo walks slowly through the Kurdish refugee camp near the Syrian-Iraqi border. She fled here with her family in 2005. The 20-year old lives among the 300 refugees in homes with plastic tarps and latrines down the road.

Kurds, who make up about eight percent of Syria's 22 million people, have long faced discrimination and repression in Syria. The Kurdish area lies along the strategic borders with Iraq and Turkey, and is also home to Syria's oil production. 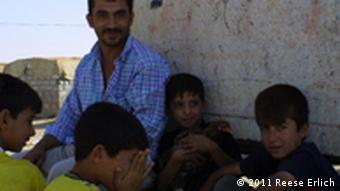 Kurds have long faced discrimination and repression in Syria, turning to refugee camps for help

The uprising against President Bashar al-Assad in Syria has now lasted over seven months, with neither the government nor opposition able to defeat the other. Syria's Kurdish minority have the potential to play an important role in the country's political future, but the Kurds are politically divided.

Like many young Kurds, Balo is a strong supporter of the current uprising. She wants democracy for all Syrians but also more rights for Kurds. Balo worries that the opposition, dominated by Islamists, doesn't support Kurdish demands for local autonomy.

"After Syria had its independence from France, the Arab governments didn't give Kurds any rights," she says. "They worried about Kurdish separatism. We know after this regime in Syria falls, we are going to work for our rights, and we are going to free our Kurdistan."

For Balo, "free our Kurdistan" means political autonomy within the Syrian state. But the phrase could also be a call for independence, which worries many Syrian Arabs.

"You cannot separate the issue of Kurds in Syria from Kurds in Iran, Iraq and in Turkey," says Nabil Sukkar, an economic consultant in Damascus. "How far do you go in giving autonomy? Do you end up with the Kurds sometime down the line, maybe 20-30 years, saying we want to have a separate state in that part of south Turkey, northern Iraq and northern Syria?"

Kurdish activists argue that the Syrian government has implanted a fear of separatism as part of a divide and conquer strategy. Hassan Saleh is a leader of the Yekiti Party, which is helping organize the uprising in the Kurdish areas. He points out that all of the 12 Syrian Kurdish parties oppose separatism.

A call to arms? 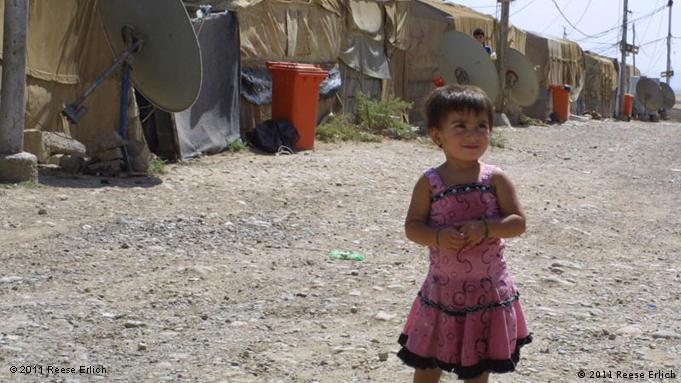 The government has created a culture, he says, "to convince Arabs that the Kurds are separatists and a threat for Arabs and the state. This is the ideology of the regime used to make more tension between Kurds and Arabs."

Kurds, like other Syrians, have divided opinions on how to establish a parliamentary system and free elections in Syria. Many are frustrated after so many months of struggle. Some Syrians, especially those living outside the country, now call for a Libyan-style military intervention. 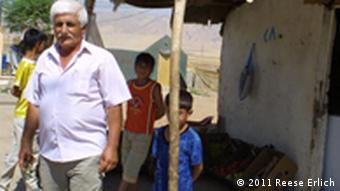 Activist Balo calls for limited intervention, such as creation of a no fly zone over Syria. "As a Syrian, I call for international military intervention," says Balo. "But we don't need it strongly, just to finish this."

But Kurdish leader Saleh, who lives inside the country, says such intervention can be dangerous. "Military intervention will lead to more casualties, more blood and more people who will die and suffer like Iraq. So we don't support such methods."

'The mountains are not a place for a winter holiday'

The Turkish army is bombarding the mountains in Northern Iraq in retaliation for deadly attacks by the Kurdistan Workers' Party (PKK), however a former PKK fighter says 'they can't win against the PKK in the mountains.' (21.10.2011)