Recalling the fate of Bulgaria′s Turkish minority | Europe | News and current affairs from around the continent | DW | 24.12.2014

Thirty years ago, the communist regime in Sofia started to assimilate the Turkish minority by force. Bulgarian turks had to change their names and were no longer allowed to speak Turkish in public. 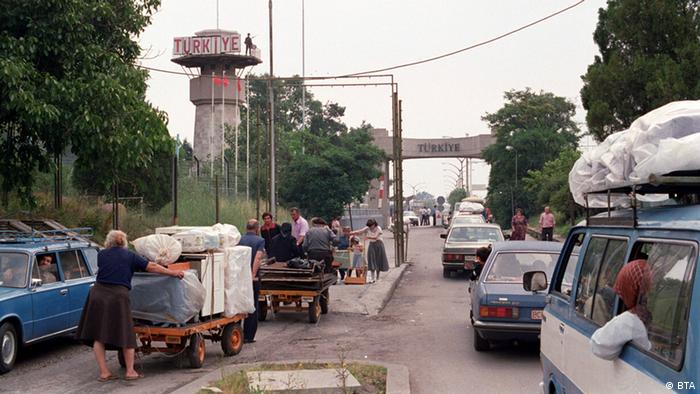 It's an incident Bahtiyar Karaali will never forget: One morning 30 years ago, two policemen carrying Kalashnikovs turned up in his house. One of them was his neighbor. "I'm sorry, my friend. You have to come with us," Karaali, who belongs to the Turkish minority, remembers him saying. "Your name will be changed," the man continued, "Think of a new one."

"But how can I do this?," Karaali says he replied: "My parents gave me my name. It's impossible for me to change it."

On December 24th, 1984, army and police units surrounded the Kardzhali disctrict in southern Bulgaria, home to the bulk of the Turkish minority. Roads were blocked, telephone lines disconnected and a curfew imposed. Tanks and water cannons advanced, while ethnic Bulgarian civilians were provided with arms.

By orders from Sofia, all available registration office personnel were dispatched to Kardzhali, in order to provide new documents to the Turkish minority. With martial law in place, all members of the minority were forced to adopt "Bulgarian" names. They received new identity cards immediately. Turkish was no longer allowed to be spoken in public, and all previously existing minority rights were revoked.

Not much time elapsed before protests began. During the first couple of days alone, more than 11,000 people participated - with proceedings remaining peaceful for the most part. According to official information, security forces merely confiscated a couple of knives and wooden sticks. All the same, numerous protesters were arrested and locked up in a prison camp on Belene, a Danube island. Mastin Essirov was one of them.

"Some escaped into the woods; others hid in basements or summer houses. But eventually they were all traced," he recalls. "Two years later, I was forced to change my grandfather's name, as well - which was absurd, as he had died 16 years before I was born." 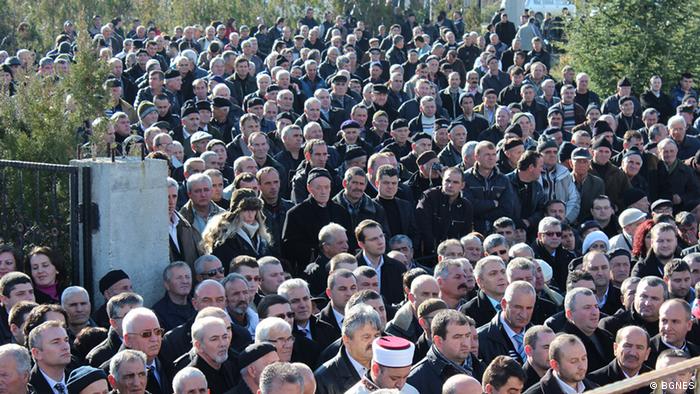 Ceremony commemorating the victims of the forced assimilation process

Until January 1985, the campaign remained a secret, but then slowly the news began to trickle through. At the time, Bahtiyar Karaali approached Deutsche Welle: "I called DW to report what was happening here. I knew the number by heart; it started with 0049."

The Bulgarian government's crackdown on the Turkish minority was made public after then French President Francois Mitterrand canceled his official visit to Bulgaria at short notice. Shortly afterwards, Bulgaria's ruling Communist Party announced that the campaign in Kardzhali and in the whole region had been completed successfully. The Communists further announced that it would be resumed in other regions of the country with Turkish minorities.

On March 31, 1985, the government made it known that all Turkish names had been changed. From that point on, considerable effort went into entering the new names into all relevant registries. In the years to come, each member of the Turkish minority got an average of 19 new official documents, including birth certificates, driver's licenses and medical files.

Simultaneously, the ideological part of the campaign was under way. The state-imposed violation of human rights was dubbed, euphemistically, a "rebirth," suggesting that the assimilation measures helped the Turkish minority to retrieve its Bulgarian roots. The Communist propaganda took a stab at convincing the remainder of the population, and the international community with it, that the assimilation attempt was a voluntary decision by the Turkish minority.

However, the government's propaganda efforts failed due to growing resistance. In March 1985, pro-Turkish terrorists launched an attack on a passenger train, which left seven people dead. The terror strike was later followed by political protests, which developed from 1988 to 1989 as human rights organizations and societies for the protection of the Turkish minority were established. 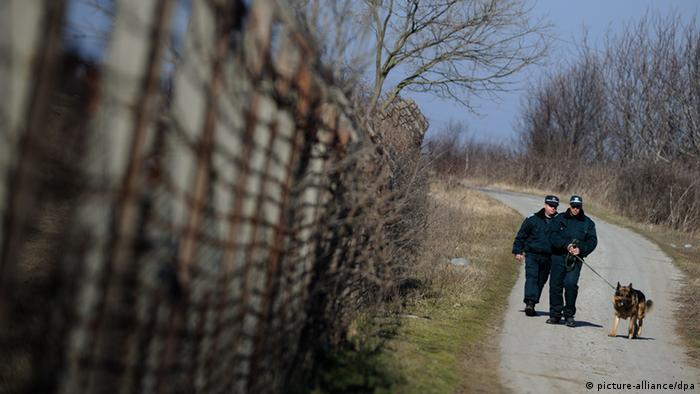 Barbed wire separating Turkey and Bulgaria along the countries' borders

Early in 1989, the Communist rulers in Sofia realized that the situation was spiraling out of control. They decided that only a mass emigration of the Turkish minority to Turkey could ease the pressure. At the end of May in 1989, party leader and head of state Todor Zhivkov addressed the population, declaring that those willing to leave the country could do so. In response, the members of the Turkish minority frantically started selling their belongings in order to be able to move to Turkey. Chaos ensued, with many Bulgarians shamelessly profiting from the plight of their fellow countrymen by buying their houses at knock-down prices and selling them old vehicles for excessively high amounts of money. At border crossings, cars queued up for many kilometers. Yet, for many, a new life in Turkey remained a dream.

"The car was crammed with our stuff - baggage, TV set, everything. And the necessary passports were in our pockets," recalls Mastin Essirov. "But then Turkey closed its border, so that we were not able to emigrate." With over 300,000 Bulgarian citizens already having left for Turkey, Ankara saw no alternative to closing the border at the end of August in 1989.

The rulers in Sofia subsequently tried to justify their campaign and put all the blame on the Turkish minority. Cynically, they even dubbed the mass exodus a "Great Excursion," suggesting to the public that people had only travelled to Turkey temporarily to visit relatives there. But those propaganda efforts failed. A few months later, on November 10, 1989, the discredited head of state Zhivkov was removed from power by his own party comrades.

One of the first policy measures of the new government - still made up of Communists - was the restoration of the Bulgarian Turks' minority rights. However, the coercive actions against that group had poisoned the atmosphere in the country. The turn of the year saw mass demonstrations by Bulgarian nationalists and emigration profiteers - Bulgaria found itself on the brink of civil war.

By 1990, though, the tensions had subsided, with three developments playing key roles: the inception of a political party representing the Turkish minority, legal action against high-ranking Communist officials over human rights violations and the country's rapid democratization.

Since then, two Bulgarian presidents and one prime minister have explicitly apologized to the Turkish minority. The court proceedings, however, were abandoned after several years. The majority of the emigrants never returned. For almost 20 years, the Bulgarian majority lived side by side with the Turkish minority - without any incident.

But having taken a look at the last five years, sociologists warn of a re-emergence of hostile attitudes towards the ethnic minority and an increase of anti-Turkish outbursts. Several fringe parties - some of them still represented in the Bulgarian parliament - keep agitating against Turkish Bulgarians and are fighting doggedly against their rights as a minority. As such, the danger of tensions re-escalating should not be underestimated.

Chinese Premier Li Keqiang is meeting with leaders of eastern and southeastern European countries at the fourth CEE-China summit. The group seeks to expand economic cooperation and China is set to benefit. (16.12.2014)