Narendra Modi may become India's next prime minister. But how is the Hindu nationalist leader viewed in neighboring Pakistan? DW examines how his rise to power could impact the already volatile Indo-Pakistani relations. 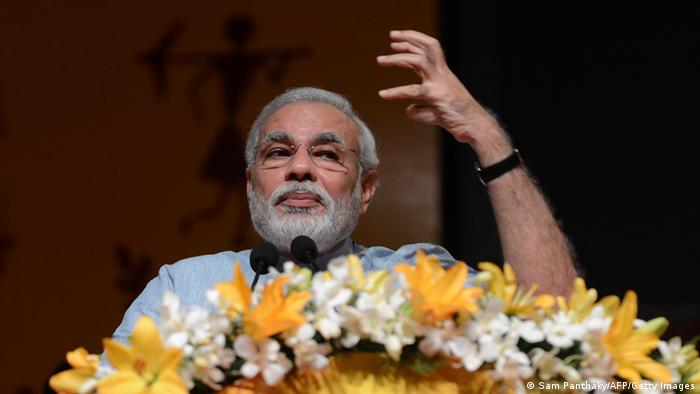 "Modi is a monster. He is responsible for the killings of thousands of Muslims in Gujarat. Pakistan should break ties with India if he becomes the prime minister," Asif Bajwa, a taxi driver in Karachi, told DW.

For most Pakistanis, Modi's name is synonymous with the 2002 Gujarat massacre, in which some 1,000 people, mainly Muslims, were killed. The Indian politician, who has been the chief minister of the northwestern state of Gujarat since 2001, was accused of ordering the police not to intervene in the communal violence.

India's ruling Congress party has given Rahul Gandhi the task to lead the campaign for the upcoming elections. But does the Gandhi dynasty's scion has what it takes to revive the beleaguered party? (20.01.2014)

Just a few months ahead of general elections in India, political parties are increasingly resorting to social media for image-building and to reach out a growing tech-savvy population. (05.02.2014)

Yet despite being cleared of any wrongdoing by a Supreme Court panel in 2012, his critics continue to blame him for the deadly religious riots.

Modi, who is now the right-wing Bharatiya Janata Party's (BJP) prime ministerial candidate in the upcoming parliamentary elections scheduled for April-May this year, is an extremely polarizing figure in India.

He is loved by the majority of Hindu nationalists, whereas many Muslims and secular Indians hate him. But nowhere is the 63-year-old more feared and despised than in the neighboring Islamic Republic of Pakistan.

"Most Indians probably think that Modi was unfairly maligned for his alleged involvement in the Gujarat killings, but for Pakistanis he was the mastermind of the massacre," Abuzar Sharif, a journalist in Karachi, told DW. "Nobody has any proof of his role in the riots, but here in Pakistan, perceptions are stronger than reality. Modi is considered not only an anti-Pakistan politician, but also an anti-Islam Hindu fanatic," the journalist added.

Sharif is also of the view that the timing of Modi's rise to become one of India's most influential politicians may be extremely bad for South Asia. Many opinion polls suggest he is the frontrunner in the next election.

"It is alarming that both India and Pakistan are witnessing an increase in religious extremism and the liberal and secular parties are taking a back seat. In Pakistan, we have a conservative premier who is known for his ties with hard-line Sunni groups," Sharif said. 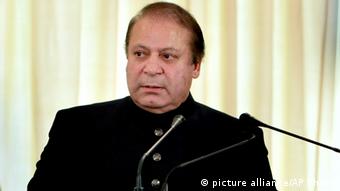 Pakistani PM Sharif is believed to be pursuing a policy of appeasing the Taliban, who strickly oppose India

The journalist explains that Pakistani Prime Minister Nawaz Sharif is also pursuing a policy of appeasing the Taliban, who are strictly against India. "Across the border, Modi is gaining popularity. This doesn't augur well for the nuclear-armed South Asia," he added.

Observers such as Sharif speculate that if Modi comes to power, Indo-Pakistani ties are likely to worsen, thus allowing Pakistani Islamists to push their anti-Indian agenda with more vigor.

But Anwer Sen Roy, a Pakistani short-story writer and journalist, says Modi will become a different person, should he win the upcoming election. "The New Delhi government represents the whole of India. If Modi takes over the reins, he will have to follow certain rules of international relations," Roy told DW.

The expert gave the example of former Indian Prime Minister Atal Bihari Vajpayee, who was also a BJP leader, but developed good relations with his Pakistani counterpart Sharif in the late 1990s. "At that time people were apprehensive about the future of the Indo-Pakistani relations. But we saw that Vajpayee came to Pakistan on Sharif's invitation and the two leaders signed the historic Lahore Declaration in 1999 to improve bilateral ties," said Roy. 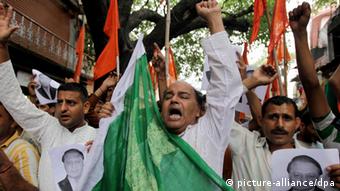 The writer also says that Modi will probably try to improve relations with Pakistan to change his image and shed the perception that he is a fanatic. Other observers, however, are not so hopeful. They say that fanaticism has increased manifold in both countries over the past decade, and that India and Pakistan must resolve their issues urgently.

Baseer Naveed, a Pakistani researcher at the Asian Human Rights Commission in Hong Kong, told DW that fundamentalist groups in India and Pakistan would benefit from a continuation of the present situation. He warned that right-wing groups in both countries want war and animosity, and their threats should therefore be taken seriously.