A request by Kyiv for emergency measures against pro-Russia rebels in eastern Ukraine has been rejected by the International Court of Justice. The court did, however, warn Moscow to protect ethnic rights in Crimea. 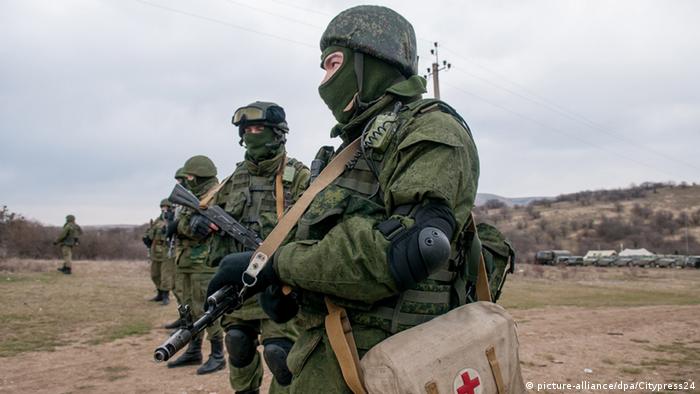 Under an "all for all" principle, the German chancellor has called on warring parties to make progress on prisoner exchanges. Amid increased violations, a full ceasefire has remained an elusive feature of the conflict. (18.04.2017)

Russia's Channel One will not be broadcasting the Eurovision Song Contest this year, the state-owned TV channel has said. They accused the Ukrainian hosts of trying to politicize the show by banning Russia's candidate. (14.04.2017)

The United Nations' top court denied a bid by Ukraine on Wednesday for measures to block alleged Russian support for rebels in eastern Ukraine.

The International Court of Justice (ICJ) said Kyiv did not provide enough evidence to support its claim that Russia is funneling money and arms to groups in eastern Ukraine.

The Ukrainian government had been seeking an emergency interim court order demanding that Russia control its borders and prevent weapons, money and people from reaching the rebels while the case is heard in full.

The judges, however, found that so far Kyiv "has not put before the court evidence which affords a sufficient basis" to show that any funds from Moscow were used "to cause death or serious bodily harm to a civilian."

Kyiv had also urged the court to order Moscow to stop racial discrimination against the ethnic Tartar community in Crimea, the area which Russia annexed in March 2014.

The court took Ukraine's side in the discrimination portion of the complaint, saying Russia "must refrain from maintaining or imposing limitations on the ability of the Crimean Tatar community to conserve its representative institutions."

In a 13-3 decision, the court also said Russia must also "ensure the availability of education in the Ukrainian language."

Relations between Ukraine and Russia have fallen to an all-time low since Kyiv ousted its pro-Russian president during mass protests in early 2014.

At the time, Russia denounced the president's ouster as a Western-orchestrated coup and responded by annexing Crimea. Moscow also began supporting rebel groups fighting the Ukrainian military in the country's two easternmost regions.

Moscow has vehemently denied accusations that it is supplying rebels with active military personnel or weapons.