The number of tourists visiting the Paris region has gone down markedly in the past six months as many travelers have stayed away in fear of more terror attacks. Officials bemoaned the loss of revenue. 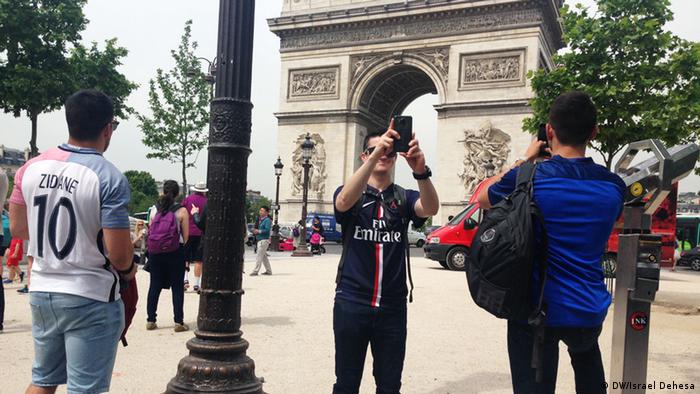 Strikes, floods, but above all, terror attacks have been a headache for Paris tourist operators in the first half of the year.

The head of the Paris region tourist board, Frederic Valletoux, said Tuesday the decline in people visiting the French capital and its vicinity cost the regional tourism industry some 750 million euros ($849.4 million) in lost revenue in the January to June period.

"It's time to realize that the tourism sector is going through an industrial disaster," He said. "This is no longer the time for communication campaigns, but to set up a relief plan," Valletaux added.

He urged massive investments to protect jobs in the sector, and called on Foreign Minister Jean-Marc Ayrault to quickly meet with local tourism officials to debate an emergency plan.

About half a million people in the greater Paris area have jobs linked to tourism, making it the biggest industry in the region.

France generates over 7 percent of its gross domestic product (GDP) from tourism, and over 13 percent of that total in the Paris region.

Nightly hotel stays were down 8.5 percent in the first half of 2016, with an 11.5-percent drop in foreign visitors. Japanese tourists were down a staggering 46.2 percent in the same period year on year, with Russian down 35 percent.

The industry keeps suffering after Islamist terrorists killed 130 people in an attack in Paris last year. The sector was dealt another blow in July when a gunman drove a truck into crowds celebrating Bastille Day in Nice on July 14.