Despite continued unrest, Italy has said it will reopen its embassy in Libya in a move that shows "confidence in the process of stabilizing" the country. The two states will also cooperate to stem the flow of migrants. 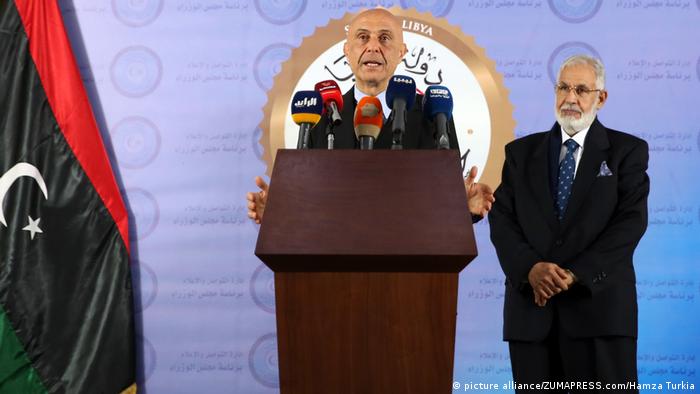 Italy has announced that it will be the first major Western diplomatic mission to reopen its embassy in the embattled Libyan capital of Tripoli, in what the Italian Foreign Ministry described as a demonstration of faith in the country's stabilization efforts.

The announcement comes on the heels of Monday's meeting between Italian Interior Minister Marco Minniti and Libyan Prime Minister Fayez al-Serraj in Tripoli, in which the two agreed to cooperate on security, the fight against terrorism and human trafficking.

Italy, a former colonial power in Libya, was one of the last major Western powers to close its Tripoli embassy in February 2015, as a coalition of militias seized control of the capital and the so-called "Islamic State" jihadi group established a firmer foothold in the region.

In a statement, Italy's Foreign Ministry said reopening its embassy showed "confidence in the process of stabilizing the country."

Italian Foreign Minister Angelino Alfano wrote on Twitter: "The Italian ambassador is returning to Tripoli after two years. A great gesture of friendship to the Libyan people. Now more controls on migrant departures."

Incoming ambassador Giuseppe Perrone will present his credentials to authorities on Tuesday, although he already received Tripoli's approval last month. He is scheduled to start work almost immediately, a ministry spokeswoman said. 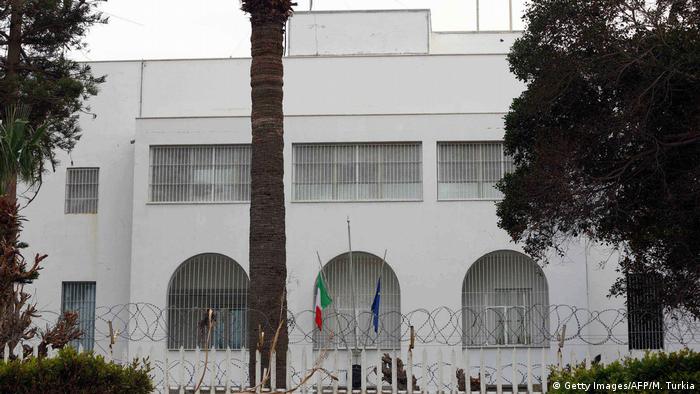 On the front line of Europe's migrant crisis

Italy has served as the key entry point for more than half a million migrants arriving into Europe across the Mediterranean, many of whom have been packed into small boats by traffickers based in Libya.

Minniti and Serraj pledged on Monday to tackle all forms of smuggling and protect Libya's southern border. "The Italian embassy that operates from Tripoli will be the principal coordination center for all these projects," read a statement issued by Italy's Interior Ministry.

Libya's Foreign Minister Mohammed Taher Siyala said Monday that he and Minniti had agreed to launch a joint initiative to combat illegal immigration on the basis of a friendship treaty between the two countries in 2008. The treaty, signed by then Italian Prime Minister Silvio Berlusconi and the late Libyan dictator Moammar Gadhafi, provides for cooperation from Libya in fighting illegal immigration in return for Italy providing compensation for its colonization of Libya.

Most Western diplomatic staff were evacuated from Libya in 2014 as the country descended into increased lawlessness, three years after the toppling and killing of Gadhafi.

Diplomatic missions in the country have also been targeted in recent years, most notably in 2012 when an attack on a US consulate in Benghazi killed ambassador Chris Stevens and three other American staff members.

Libya remains torn between two rival governments in the east and west. The Libyan military currently answers to the east-based parliament, which refuses to recognize Serraj's UN-backed National Unity Government in Tripoli.

Despite the ongoing unrest several other Western powers have said they plan to reopen their missions to Libya, although none have yet done so. British and French ambassadors presented their credentials late last year, but they continue to operate out of Tunisia.

The US has ended a military operation to support Libya's fledgling government in its efforts to retake the former IS stronghold of Sirte. The militant group still retains a presence in the country. (21.12.2016)