The elite branch of Iran's military has hailed "the end of sedition" as it embarks on a crackdown against anti-government protests. The country's supreme leader blames foreign agents for the unrest that killed 21 people. 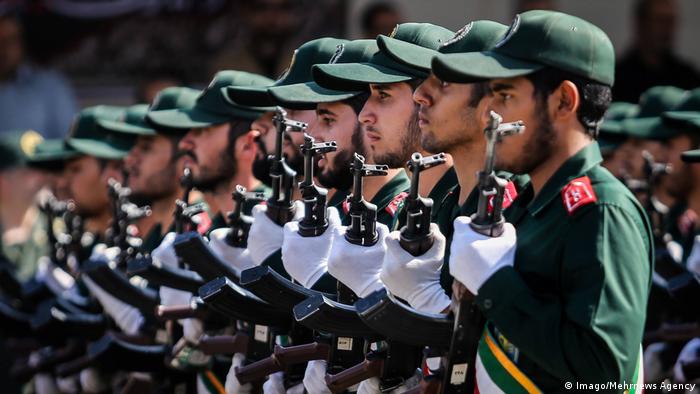 Iran's Revolutionary Guard promised "very serious penalties" for protestors and declared the "end of the conspiracy" after a week of unrest rocked the country.

"We can say that today was the end of the conspiracy in 1396," said Revolutionary Guard Commander Mohammed Ali Jafari, referring to the year as set by the Iranian calendar.

Jafari told state TV that Iran's enemies should know that similar plots would not work in the future, insinuating that he believed last week's protests to be the work of foreign adversaries.

Jafari said he had dispatched forces to Hamadan, Isfahan and Lorestan to quell the "new sedition."

Despite Jafari's comments, and the tens of thousands who joined pro-government rallies in Tehran on Wednesday and Thursday, independent sources reported that the anti-regime protests had spread to the countryside from the cities.

Iran's army chief, Major General Abdolrahim Mousavi, told state media on Thursday that police had quelled the unrest, but said his troops were ready to intervene if needed.

"Although this blind sedition was so small that a portion of the police force was able to nip it in the bud ... you can rest assured that your comrades in the Islamic Republic's army would be ready to confront the dupes of the Great Satan (United States)," he was quoted as saying.

Mass protests against the government and the country's weak economy began on December 28. Since then, 21 people have died and 450 have been arrested in clashes with police. It is the worst unrest the country has seen since the violence that erupted after the disputed 2009 presidential election. The Revolutionary Guards played a crucial role in suppressing that uprising.

Political analyst Paulo Casaca told DW the current protests are far more widespread than the unrest in 2009. "It's not a middle class movement, it's not a problem within the regime between so-called reformists and conservatives, it is challenging the regime itself. The crowds are saying, 'We do not want theocracy anymore…we want democracy.'" 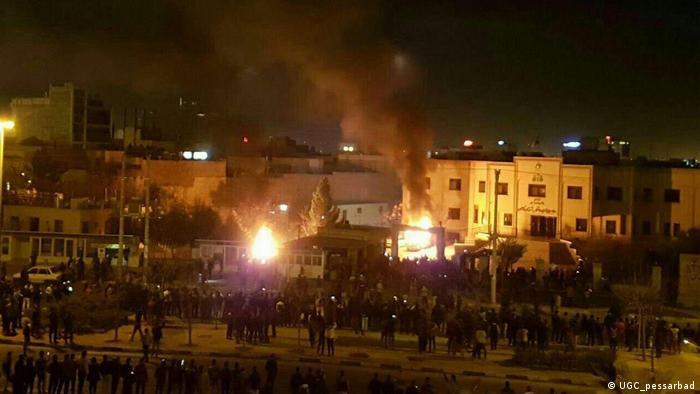 Iranian Nobel Peace Laureate Shirin Ebadi on Thursday urged her compatriots to take up civil disobedience and continue marching in the streets. In comments carried by the Saudi-owned Asharq Al-Awsat newspaper, she called on Iranians to stop paying water, gas and electricity bills as well as taxes in an attempt to put more pressure on the regime.

The government crackdown and blackout of certain social media channels resulted in the protests dwindling down to several thousand according to Jafari. The number of cities hosting protests has also reportedly decreased.

In response to the wave of anti-government sentiment, tens of thousands of supporters of the country's leader took to the streets on Wednesday, reciting chants like "Down with the USA," "Death to seditionists," and cheering for Iran's Supreme Leader Ayatollah Khamenei.

Like Jafari, Khamenei has said that he believes the protests were the work of Iran's enemies trying to foment a government overthrow.

Despite Khamenei's statement, democratically elected President Hassan Rohani cautioned on Monday that many of the protestors had legitimate concerns that should be addressed, such as income inequality.