Six months after an overwhelming majority voted to legalize same-sex marriage in Ireland, those unions can now begin taking place. Irish politicians hailed the "profound" day for their country. 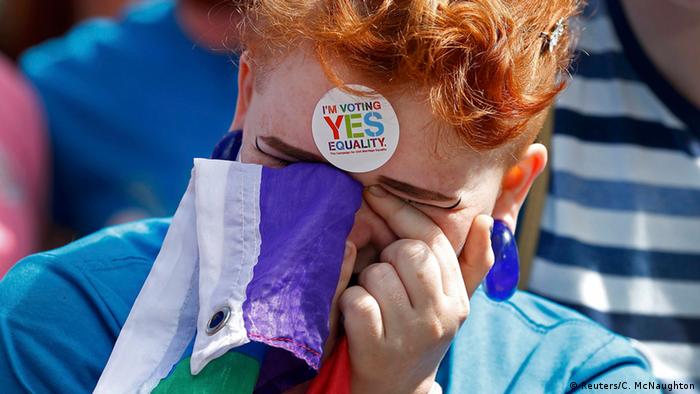 More than 300 gay and lesbian couples were registered to get married in Ireland in the next two weeks as Monday marked the first day they could legally do so. Last May, the predominantly Catholic country became the first nation in history to grant marriage equality by popular vote.

"There are a lot of people who probably thought that this day would never arrive," Jerry Buttimer, a member of parliament for Cork and devoted marriage equality campaigner told the "Irish Independent."

"But it is a wonderful endorsement of a modern, inclusive and caring Ireland that this day is finally here."

Although a strong core of clerics and religious officials were vehemently against it, six months ago, 62 percent of Irish voters signaled their support for extending marriage rights to gay couples. The commencement order for the Marriage Equality Act was finally signed by Minister for Justice and Equality Frances Fitzgerald in Dublin last week, making same-sex marriage a reality.

"It is a real pleasure to sign this order in the company of some of the couples who will be able to marry in the coming weeks and months," Fitzgerald said after signing. "The Marriage Act has profound symbolic importance, but will also have a real and tangible impact on their family life."

Between legalizing civil partnerships for gay couples in 2011 and 2014, some 1,695 partnerships were registered. Couples who have already been married abroad will have their marriages officially recognized by Ireland as of Monday.

North of the border, a ban continues

In Northern Ireland, the fifth attempt to grant marriage equality was defeated on November 2, as the Democratic Unionist Party (DUP) blocked the bill despite its support from the majority of the Northern Ireland Assembly.

Activists say they now plan to take their cause to the courts, where two suits against the same-sex marriage ban are set to be heard in the coming weeks.

A policy by The Church of Jesus Christ of Latter-day Saints to deny baptism to children of married same-sex couples has sparked a backlash. The move follows a landmark US Supreme Court decision legalizing gay marriage. (15.11.2015)