Egyptian voters may be heading to the polls early this year to pick their president. Abdel-Fattah el-Sissi's re-election seems likely, but the opposition is preparing to put up a tough fight. 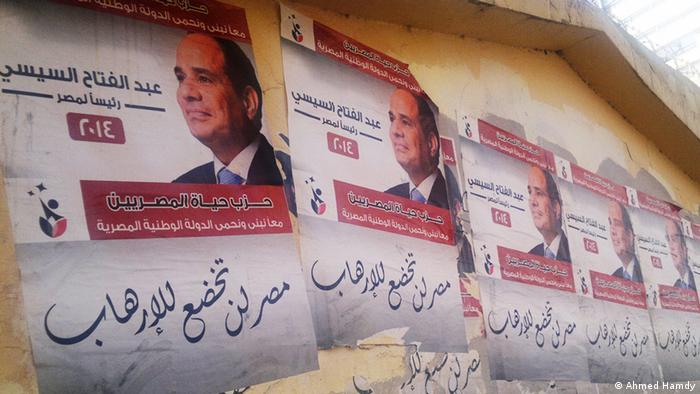 Egyptian President Abdel-Fattah el-Sissi is keeping voters on their toes. The country's constitution allows a presidential election to be held as early as February 7. But Egypt's electoral commission will announce the official election date on February 8, making it likely that voters will head to the polls later in the year. The Egyptian regime could well hold the election at short notice, thereby cutting the campaign period to a minimum to disadvantage the political opposition.

Egypt's leadership will do everything it can to ensure el-Sissi is re-elected. The country's state-run media is poised to begin its blanket coverage of the president. Once the official election date is announced, the media will commence its daily reporting on the president's inauguration of factories across the country and victories won in the bitter so-called fight against terrorism. This coverage has been set out in a plan issued by the president's press office.

The fact that the state of emergency was extended by another two months on January 2 is most welcome in this context: media censorship will persist, organizations can be banned, citizens can be spied on and restricted in their movements.

Fearing a loss of legitimacy

Though he hasn't yet officially announced his candidacy, el-Sissi's re-election as Egypt's president should be almost guaranteed. One could well expect him to achieve a result similar to his overwhelming victory four years ago, when he captured 97 percent of the vote. 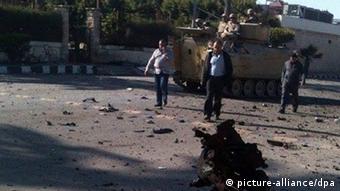 Egypt has struggled with unrest in the Sinai peninsula

Against the backdrop of his country's catastrophic economic and security situation, however, such a straightforward re-election might not be on the cards. The Egyptian pound has plummeted in value, state energy and staple food subsidies have been drastically cut. The country's middle class is struggling with ballooning costs. And a third of Egyptians live under the official poverty line.

Egypt's so-called fight against terrorism offers a similarly bleak picture: massive terror attacks with up to 300 causalities, the targeting of churches in the country's capital of Cairo and the uprising of Bedouin peoples on the Sinai peninsula, which could escalate into civil war.

It hasn't helped that Egypt's leadership has sought to pacify this strategically important region solely through military means and the use of police force, which has inadvertently harmed the local civilian population and exacerbated the situation.

Unlike in 2014, Egypt's opposition this time has several figures to challenge el-Sissi's leadership.

Lawyer Khalid Ali is a serious competitor. He made headlines last January for successfully taking legal action against el-Sissi's controversial deal with Saudi Arabia over the islands of Tiran and Sanafir. Sovereignty over the islands, which are strategically located at the mouth of the Gulf of Aqaba, was transferred from Egypt to the gulf monarchy. Ali's surprising legal victory against the powerful Egyptian ruler could indicate that he enjoys the backing of influential Egyptian figures — especially as the country's judiciary isn't exactly renowned for its independence. 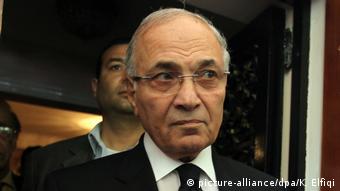 Could Shafiq pose a threat to el-Sissi's grip on power?

Ahmed Shafiq is another and even more serious political threat to el-Sissi. The former civil aviation minister was appointed prime minister by then-President Hosni Mubarak to ensure calm on the streets when the 2011 uprising began. In 2012, Shafiq lost to the Muslim Brotherhood-backed candidate Mohammed Morsi in a presidential run-off, garnering 48 percent of the vote. Shafiq is said to have close ties to rich oligarchs connected to Mubarak's sons, Ala and Gamal, who are trying to regain their old power vis-a-vis el-Sissi.

El-Sissi does not want to face such a serious challenger in the presidential election. When Shafiq, who lives in self-imposed exile in the United Arab Emirates, announced his candidacy, he was taken by allies of el-Sissi and put on a private jet to Egypt, his lawyer claims. Back in Egypt, Shafiq declared he would reconsider running for president.

El-Sissi's European allies could well give him the edge over his domestic challengers. In late October, he visited French president Emmanuel Macron in Paris and struck an arms deal worth some €6 billion ($7.2 billion), agreeing to buy French fighter jets and surveillance software. 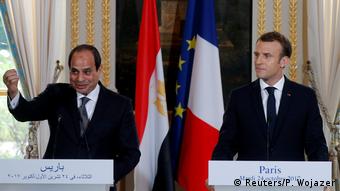 El-Sissi has made friends in Europe

In 2017 alone, Berlin sold arms worth roughly half a billion euros to Egypt — a record amount. In August, Germany and Egypt also signed a deal to stem the flow of migrants into Europe. The relationship between both governments is evidently good. So good in fact that German Foreign Minister Sigmar Gabriel told Egyptian interlocutors they had "an impressive president" during a visit to Cairo in April 2016.

Human rights organizations paint an entirely different picture, however. Since coming to power in a bloody coup in July 2013, el-Sissi is said to have locked up some 60,000 individuals for political reasons. And in the last two years alone, 100 prisoners are said to have been put to death, while 1,700 individuals have disappeared.

Robert Durst sentenced to life for murder of best friend